BANGKOK (REUTERS) - Thai Prime Minister Prayut Chan-o-cha on Tuesday (Jan 30) said he needed a little more time in office to prepare the country for a general election, just days after his deputy said a vote planned for this year could be delayed.

Mr Prayut, installed as prime minister in August 2014 after leading a coup that ousted a civilian government, has delayed the date of a general election several times. Most recently, he said an election would take place in November.

But last week Thailand's parliamentary body voted to postpone enforcement of a new election law by 90 days, dragging out the timeframe. At the time, the deputy prime minister said Parliament's decision could delay the election until 2019.

"Please give me some time to lay the foundation for the country, that's all," Mr Prayut told reporters after a weekly Cabinet meeting on Tuesday.

"The length of this time depends on the law," he said, referring to last week's parliamentary decision.

He did not give further details.

Mr Prayut is under pressure at home and abroad to return to civilian governance. 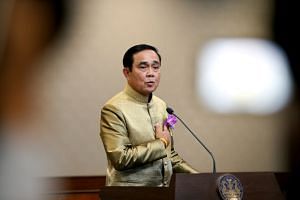 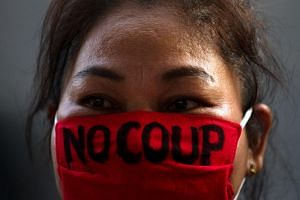 On Saturday (Jan 27), activists demanding an election this year gathered at a pedestrian bridge in central Bangkok, in a rare show of dissent.

Government critics say the junta is deliberately delaying the vote in order to tighten its grip on power by ensuring that its allies win the vote.

Some critics say Mr Prayut would like to stay in power after a general election. Thailand's new Constitution, which took effect last year, allows for an appointed prime minister.

Others have warned the junta needs to return Thailand to civilian rule within its promised timeframe, or risk fanning flames of discontent.

"This is normal. Any government in their third year all encounter this," he said on Tuesday.