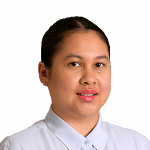 CHIANG RAI - Four of 12 boys from a Thai youth football team were rescued on Sunday (July 8) from a flooded cave in northern Thailand where they had been trapped for more than two weeks, said the head of rescue operation.

The rescue mission was "more successful than anticipated", said Mr Narongsak Osotthanakorn, adding that 18 divers were deployed in Sunday's operation which began at 10am local time (11am Singapore time).

"Everything went smoothly today. The next operation will begin in the next 10 hours, or less than 20 hours," he told reporters at a press conference on Sunday night.

"We have to place the new oxygen tanks there after the previous ones were used up in today's operation."

The 12 boys, aged between 11 and 16, went missing with their 25-year-old coach after football practice on June 23. They had set out to explore the Tham Luang cave complex in a forest park near the Thai border with Myanmar to celebrate the birthday of one of the boys.

The first two of the four boys emerged from the cave at around 5.40 pm local time on Sunday, several hours earlier than expected. The third boy was out at 7.40pm and the fourth at 7.50pm. Officials had said earlier they were expecting the first survivor only at around 9pm local time.

Asked how the authorities decided which boys should be rescued first, Mr Narongsak said, without elaborating: "Their health."

He said all four boys have been transported safely to the Chiang Rai Prachanukroh hospital. He did not identify them.

A Nation TV reporter identified the first two boys to emerge from the cave as Prajak Sutham and Natthawut Hakumsai, both 14 years old. The names of the other two boys have not been released.

Mr Narongsak said the boys rescued were underwater for around one-fifth of the 5km escape route from a high ledge where they had sought refuge to the cave's mouth.

"The boys were wearing full-face masks and were able to breath normally during the operation," he said.

The rescue team will be performing an assessment of Sunday's operation in order to get ready for the next rescue mission, he added.

"I thank all press who have moved out from the cave area. We were able to transport the boys by ambulance to the helicopter within two minutes, compared to 10 minutes during previous rehearsals," he said

Bangkok Post reported that the boys' family members will not be allowed to visit them during the first 24 hours. Family visits will be allowed only after their medical check-ups were completed in 48 hours.

Dr Thongchai Lertwilairattanapong, an inspector general of the Public Health Ministry in charge of Chiang Rai, said the teenagers and the coach, once freed from the cave, could be discharged from the hospital within five days.

The rescuers, made up of international and Thai Navy Seal divers, were racing against time to get the 12 boys and their football coach out through a treacherous network of narrow and submerged passageways which has claimed the life of a former Thai Navy Seal diver.

Light rain turned into intermittent heavy downpours on Sunday afternoon, threatening to undo days of round-the-clock drainage of floodwater from the cave.

Thailand enters the monsoon season this month and the weather has held up in the past few days. Weather.com forecast stormy weather for the next two weeks.

The operation to safely free all the boys and their coach will take two to three days to complete, one of the operation leaders had said earlier.

"The time duration is... about two to three days, which depends on other factors like the weather," Major General Chalongchai Chaiyakorn, an army commander, told reporters.

Mr Narongsak, a former provincial governor, told reporters earlier on Sunday that the rescue operation was "at peak readiness". The rescuers had carried out rehearsals throughout Saturday.

"Everything is ready. The boys are ready and willing to come out. The doctors and medics are ready. The parents are ready," he said.

He added:"The divers will work with medics in the cave to assess the boys' health before determining who will come out first.

"They cannot decide how many of them will be able to come out for the first operation. Based on the complexity and difficulty of the cave environment, it is unknown how long it might take and how many children would exit the cave."

Thai officials and world experts have debated for days on the safest way to evacuate the boys from the cave.

The authorities appeared to have settled for the "swim and dive" option which involves getting the boys to swim and dive through a complex network of narrow, muddy, submerged passageways inside the cave.

Maj Gen Chalongchai said on Sunday morning:"Every plan has to be practical. Now, we chose the best option, and we rehearsed it."

Rescue alternatives include stocking the cave with supplies and an oxygen line to keep the boys alive in the cave for months until Thailand's monsoon season ends, or drilling shafts down into the cave from the forest above.

Other alternatives, including drilling, have not proven successful, officials said.

The boys, who are non-swimmers, were given crash course on how to swim and dive while underground.

Fast-flowing torrents have deterred even seasoned Navy Seal divers during the early days of the search and rescue operation last week. Rescue officials said that Sunday was the best day to attempt the rescue because water levels at many areas inside the cave are currently at their lowest in 10 days, rendering most of the escape route "walkable".

The narrowest stretch requires divers to remove their scuba gear in order to pass through.

"The biggest crisis spot for diving is on the left from the T-Junction," said Mr Narongsak in a briefing on July 2, referring to the tiny passageway near T-Junction, or Sam Yak in Thai.

"There is a tunnel that has a passageway going up and coming down narrowly and you have to turn a bit and it's very small."

After that though, the tunnels widen, the waters subside, and walking is even possible, according to the Thai authorities.

A source told Bangkok Post the football team were divided into four groups for the extraction: The first group has four people, while the second, third and fourth have three people each. Each boy will be escorted by two divers who will help the boy carry his oxygen supply.

The boys had to do a mixture of walking, wading, climbing and diving in low visibility along guide ropes already put in place by rescuers.

Medical teams were on standby to treat the group as they emerged.

There were 13 ambulances - one for each of the trapped footballers - parked near the cave entrance to take them to the Chiang Rai Prachanukroh Hospital located 65km away.

Helicopters were on standby at a nearby airfield to transport the freed boys to the Wing Division 416 airbase in Chiang Rai city. From there, ambulances will take them to the hospital.

Earlier on Sunday, the Thai authorities evacuated an area around the cave entrance to make way for the rescue operation.

A large media contingent began packing up equipment such as tripods and cameras, and moving down a muddy hill away from the mouth of the limestone cave.

Cave experts and rescuers fear heavy downpours forecast in the coming days would raise the water levels inside the cave.

More than 128 million litres of water have been sucked out of the 10km-long cave in northern Thailand, enough to fill 50 Olympic-size swimming pools.

Mountainside creeks have also been diverted in the hope of limiting water run-off into the cave where the boys have been trapped. The excess water has been funnelled into nearby farms, fields, streams and hastily dug underground wells, reported Agence France-Presse.

Mr Gong Hui, a Chinese diver involved in the operation that has drawn some 130 Thai and international divers, told Reuters on Saturday before the fresh rains that water levels in the cave had "receded a lot" after sustained round-the-clock pumping removed millions of litres of water.

Billionaire entrepreneur and Tesla chief Elon Musk tweeted that a team from his rocket company SpaceX in Los Angeles is building a mini-submarine to help with the rescue, according to New York Times.

Professor Edgar Choueiri from Princeton University, who specialises in rocket research, said Mr Musk's submarine idea suggested that he imagined the Falcon rocket's hollow transfer tube - which helps move liquid oxygen to fuel the rocket's engine - would be the appropriate size to transfer the boys out of the flooded cave.

Others, however, were not as confident. Mr Greg Moore, a regional director for the National Cave Rescue Commission, said most rescues prompt ideas that were not necessarily practical.

Mr Musk's submarine would likely have trouble passing through the narrowest passageways, he said.

Earlier, Mr Musk had suggested a nylon tube that would inflate like a bouncy castle to form an underwater air tunnel.