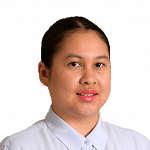 CHIANG RAI - A team of medical personnel from the Thai army, including a military doctor and a nurse, are by the side of the 13 footballers who have been trapped for more than 10 days inside a flooded cave where rescuers are racing against time to get them out before the onset of monsoon rains.

A clip posted on "ThaiSEAL" Facebook page on Wednesday (July 4) morning showed the footballers and their coach on a small mound inside Tham Luang cave.

The clip shows Dr Pak Loharnshoon, who is from the Thai army, applying medicine to minor wounds suffered by some of the boys.

They were able to communicate clearly with the doctors and seemed to be in good health.

The team of medical personnel arrived at the mound at 11am on Tuesday (July 3) after making a six-hour dive-and-trek perilous journey via the cave entrance.

The team consist of Dr Pak, who had graduated from the Seal training course, a nurse from the Royal Thai Navy's underwater and hyperbaric medicine unit, and seven members of the Thai navy Seals.

"Everyone can be relieved now, as all of them are in the good hands of seven Navy Seals, who will be with them and take care of them all the time," the navy Seals commander, Rear-Admiral Arpakorn Yukongkaew, said.

He said the team have volunteered to stay with the trapped boys for as long as it takes for them to be safely evacuated from the cave.

"It may be four months, one month or one week. There's no need to hurry," he told reporters.

"Safety is the priority."

"Two of the Navy Seals are medical practitioners with expertise in this task, while there will be constant food and medicine provided to the trapped footballers and a communication line to the outside world set up," Arpakorn said. Local media said the boys' first meal was sticky rice and grilled pork.

The trapped footballers have been given minerals, food, water, and lighting. Their eyes had been in the dark for a long time and needed to adjust to normal light.

An earlier clip posted on Wednesday saw the boys introducing themselves to the camera.

With Dr Pak seated among them, they looked quite relaxed wrapped in foil rescue blankets.

The boys, aged between 11 and 16, and their 25-year-old coach went missing on June 23. It is believed they entered the cave when it was dry and sudden heavy rains blocked their exit.

An international team of rescuers, including six Specialist Response Group members of the Australian Federal Police, are helping in the efforts to get the boys out of the cave. The US Indo-Pacific command has deployed around 30 personnel in the past week to assist in the search and rescue mission.

The Chiang Rai Prachanukroh Hospital in Chiang Rai's Muang district has prepared a special ward to take care of the trapped footballers when they emerge safely from the cave. The authorites are carrying out roadworks to allow passage of ambulances to the site.

Officials in charge of the rescue mission are mulling over whether to wait for water levels inside to subside, which could take a long time, or use divers to bring the footballers out before rains return.

Hydro and Agro Informatics Institute director-general Sutat Weesakul said the miraculous discovery of the footballers was helped by the easing of rains during the weekend.

Sutat told The Nation newspaper that this part of Chiang Rai will have low precipitation for at least two more days before rainy weather resumes from Thursday.

He said if the team were unable to get the trapped footballers out of the cave within two days, they should prepare for more rains and rising floodwaters in the cave.

The rescue operation is still waiting for the Seal teams to evaluate the actual condition of the 13 although they appeared to be fine in the video clip, said Chiang Rai Governor Narongsak Osotanakorn.

"If we had to choose between green as the best, yellow as mild, and red as the most serious, they look to green, two or three of them looked yellow to me," he said on Tuesday.