PETALING JAYA (THE STAR/ASIA NEWS NETWORK) - A heartwarming account of friendship has emerged in the aftermath of the Low Yat Plaza incident, with a post by a Facebook user who came out to defend a mobile phone seller at a shopping complex here.

"This man's name is Desmond. It's his nickname. I have bought handphones from him for a very long time and he always sells quality items," said Mr Fais Al-Hajari in the photo, which was shared on the Siakap Keli Facebook group at 5pm on Monday.

Mr Fais added in the caption for his photo that although he had, at times, bought mobile phones from other retailers, Desmond continued to smile at him and treat him well.

"This good relationship has remained over the last eight years. Other handphone sellers in Plaza Idaman here, the majority of them Chinese, are also good to me.

"The secret? They don't cheat me and I don't steal their goods. We have mutual respect for each other and are supportive. The world is peaceful," said Mr Fais. 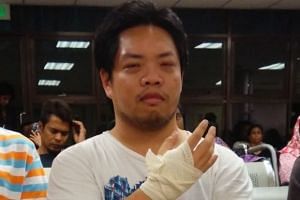 According to the Low Yat Plaza management, two suspects were apprehended at 5.40pm last Saturday for allegedly trying to steal a mobile phone from one of the shops at the shopping complex.

Inspector General of Police Khalid Abu Bakar said that they had stolen a mobile phone from a shop and on hearing cries for help, staff of another shop had stepped in to catch them. However, one was released by an investigating officer.

Following the incident, the released accomplice reportedly returned to Low Yat with a group of seven and attacked the staff of the shop, claiming that the outlet's staff had assisted in apprehending the suspect. 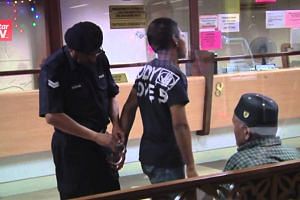 The duo had also claimed that they were cheated by the shop.

Their claim of being cheated went viral, and on Sunday evening more than a hundred people gathered at the mall, eventually leading to a brawl that saw five people, including three journalists, injured.