In Part two of an apparent video expose by former Sarawak Report journalist Lester Melanyi, the 49-year-old alleged that the designer was working part time with the Bruno Manser Fund (BMF) and purportedly faked the documents on the instructions of Sarawak Report editor Clare Rewcastle-Brown.

In the video, Melanyi claimed he had contact with the man but said that he did not know how the designer created the fake email messages or which program he used to falsify the documents.

He said Sarawak Report would email him drafts of articles to edit before these were posted on its website.

He pointed to two Sarawak Report articles - "How Jho Low used PetroSaudi as a front to siphon billions out of 1MDB"; and "Riza and Jho Low face questions over bribery and tax evasion" - and called them "very good fiction".

The only input he gave was that he thought a picture used with the second article, which purportedly showed the home of Riza Aziz, was in fact "not his home".

Melanyi said that what was being done by the Sarawak Report was "not right".

"And I'm going to do this because I know I'm doing the right thing," he said.

He also claimed that BMF, a non-profit conservation group, paid him money, which was banked into his account by Rewcastle-Brown, to edit the articles.

He claimed that she also handled all his expenses, even buying plane tickets for him to travel from Kuching to London for work.

The video of him then cuts to a blurry picture of an e-ticket receipt from an airline that was not clear enough to see any of the details.

He said he met Swiss national Xavier Andre Justo in London "two or three times" in 2012 and 2013, and believed that the former PetroSaudi executive did not tamper with any of the documents he had allegedly stolen from his then employer. 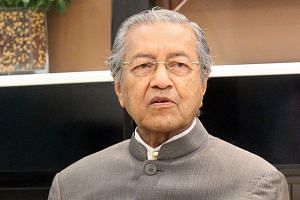 Not a conspiracy, but an open call for Najib to step down 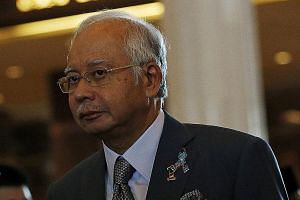 PM's backers try to turn the tables on his accusers 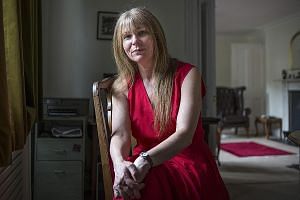 But the Sarawak Report editor maintained that most of the accusations in Melanyi's latest confession video were untrue.

"He is making it all up," she said in an email response to The Star, following the release of the video .

"No, I did not meet Justo in London," she said.

However, she confirmed that she funded air tickets for Melanyi's travels to London and had engaged him to work in Radio Free Sarawak on a semi-voluntary basis "despite being widely warned in Kuching against the move".

She also denied that the website was bankrolled by BMF as Melanyi claimed.

"I have an independent donor for the radio site and I use that to fund my travel and my website manager manages that side of what I do and he works pro bono on SR's needs," she said.

She said the website designer, whom Melanyi named as the one who fabricated the fake emails and agreements, was a "figment of his troubled imagination".

"If you Google him (which I did) it turns out that it is the name of a Hollywood film star of yesteryear. My website is run by a nice gentleman by the name of Christian."

Rewcastle-Brown said Melanyi was being used as a diversionary tactic.

"It is most shameful that this is being done by a political party that is in a position of responsibility," she claimed.

In his video, Melanyi also reaffirmed that he believed two opposition leaders were involved in the alleged "mission to criminialise Datuk Seri Najib Tun Razak & 1MDB."

He claimed that one of them contacted him in January to ask whether he was involved in "the 1MDB mission".

On Monday night, Democratic Action Party MP Tony Pua said his lawyers would this week issue a letter of demand against Melanyi and "anyone who republishes or repeats his utterly baseless accusations".

"Lester Melanyi will have seven days to retract and apologise for his widely publicised video statement," he added.