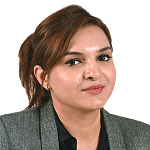 KUALA LUMPUR - The ringgit is likely to hit 5.00 against the US dollar, its record low, in the next six months.

This will largely be triggered by the exceptionally strong US dollar on the back of the United States Federal Reserve’s ultra hawkish stance on interest rates and continued global uncertainties amid stubbornly high inflation, said economists and foreign exchange analysts.

The Singapore dollar has been the outperformer among Asian currencies due to the Monetary Authority of Singapore (MAS) tightening monetary policy five times over the past 12 months.

Meanwhile, Mr Saktiandi estimates the Singapore dollar to hover between the 1.40-1.41 range against the US dollar by end-2022.

Although the Singapore dollar has weakened by about 4.7 per cent against the US dollar over the past year, it has performed well considering that the greenback has appreciated by about 18 per cent relative to a broad index of currencies, said Mr Saktiandi.

Over the past month, the Singapore dollar has strengthened from the 1.43 level to 1.41 against the greenback.

According to a Reuters poll, a majority of the economists project Malaysia’s central bank Bank Negara to raise interest rates by a quarter point on Thursday to 2.75 per cent to mitigate soaring inflation and support the weakening currency.

On Tuesday, the ringgit closed lower at 4.73 against the greenback from Monday’s close of 4.72 ahead of the Fed’s decision on interest rates on Wednesday and decline in oil prices.

This week, economists anticipate the US central bank to raise interest rates aggressively by three quarters of a percentage point, laying the ground to reach 5 per cent by March next year, in order to rein in inflation.

This, in turn, will strengthen the US dollar, which is currently at its strongest since the early 2000s against a basket of other major currencies.

Year to date, the US dollar has strengthened by about 13.7 per cent against the ringgit on Tuesday.

Johns Hopkins University Eni Professor of international economics Michael Plummer foresees the ringgit tumbling close to 4.90 against the US dollar by end-2022 before falling further to 5.00 in the first quarter of 2023.

According to Prof Plummer, the flight to safety, as the phenomenon is known, will lead to investors purchasing safer assets.

This, coupled with rising interest rates and stronger economic growth in the US, will strengthen the greenback and, in turn, weaken the ringgit.

Last Thursday, data revealed that the US gross domestic product grew by a better-than-expected 2.5 per cent in the third quarter, after two quarters of negative growth. This was above Dow Jones forecast of 2.3 per cent.

“The continuation of these factors that result in the uptrend of the US dollar should lead to a negative effect on the ringgit. I would anticipate a continuing, slow fall in the value of the ringgit through early next year, with the US dollar hitting RM5 in early spring but not going much beyond that in the short-term,” Prof Plummer told The Straits Times.

Although the RM5 level against the US dollar is not within Maybank’s forecast, Maybank’s Mr Saktiandi said a confluence of factors occurring at the same time could weaken the ringgit to 5.00 against the greenback.

This includes a stronger dollar on the back of Fed signalling aggressive rate hikes along with greater political uncertainty ensuing from the Malaysia’s election outcome, a fall in commodity prices and a sharp drop in economic growth figures from China and Asia, he added.

More On This Topic
Strong Singdollar sparks rush to buy foreign currencies, with such fixed deposits on the rise
Inflation in S'pore will stay high next year even as pace of economic growth slows