JAKARTA - Radical cleric Abu Bakar Bashir has asked the Indonesian government to grant him early release along with other prisoners to prevent a possible coronavirus outbreak in any of the country's overcrowded prisons.

In a letter submitted on Friday (April 3), lawyer Achmad Michdan argued that Bashir should be prioritised considering his old age and claimed that the 81-year old spiritual leader of South-east Asia terrorist group Jemaah Islamiah (JI) has never been convicted of any bombing attack.

Citing information from the US Centers for Disease Control and Prevention (CDC), Mr Michdan said that those aged above 65 are among the groups most prone to being infected with Covid-19, the respiratory disease caused by the coronavirus.

In February, China reported more than 500 cases of coronavirus in prisons across the country. Hubei, the hard-hit central province where the virus first emerged late last year, had the highest number of the cases from inside the prisons.

"And the fact that prisons do not have isolation wards and an ample number of cells to allow for physical distancing even further raises the chance of inmates aged above 65 getting infected," Mr Michdan wrote, in the letter that was also sent to members of Parliament and the law and human rights ministry.

Indonesia has announced the granting of early release of up to 50,000 prisoners to mitigate prison spread of Covid-19.

More than 6,000 prisoners have been released in the so-called assimilation and integration programme that would cover a total 50,000 eligible inmates who have served two-thirds of their sentence. These include some 15,000 drug convicts, 300 graft inmates aged 60 years and above, and other convicts with chronic diseases and dozens of foreign prisoners.

Bashir was the alleged mastermind of the 2002 Bali bombings, although he was never convicted for the terrorist incident.

He has been in jail since his arrest in 2009, and was in 2011 sentenced to 15 years' imprisonment for funding a terrorist training camp in Indonesia's westernmost province of Aceh. 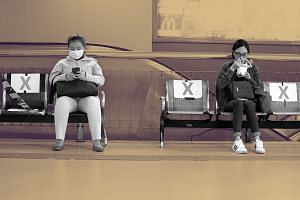 JI was responsible for the 2002 Bali bombings, Indonesia's deadliest terrorist attack in which 202 people were killed, 88 of them Australian.

In December 2018, Bashir was offered an early release on humanitarian grounds because of his deteriorating health. Then Vice-President Jusuf Kalla noted that if Bashir dies in prison, it could create misunderstandings.

It was conditional, however, on his pledging of allegiance to the Republic of Indonesia and the state ideology Pancasila, as is required of all reformed terrorists - which he declined.

The decision to release Bashir then drew strong criticism both domestically and internationally - especially from Australian Prime Minister Scott Morrison - with Bashir still seen as a threat.

Indonesia's number of deaths from Covid-19 has hit 181, the highest in South-east Asia.

Starting April 2, the world's fourth most populous nation banned all foreign nationals from visiting or transiting Indonesia, after the government declared a public health emergency to try to curb the spread of the coronavirus. The ban will remain in place until the crisis is over.