He told reporters that the carmaker, which he started in 1983 when he was prime minister the first time round, today belonged to tycoon Syed Mokhtar Al-Bukhary.

Proton was launched as Malaysia's first national car as part of the country's move into heavy industries in the 1980s.

The government later sold it to Tan Sri Syed Mokhtar through his conglomerate DRB-Hicom.

"Whether he wants to buy it back or not depends on him," Tun Dr Mahathir said, referring to Mr Syed Mokhtar. "The government does not intend to buy it back."

China carmaker Zhejiang Geely Holdings Group bought a 49.9 per cent of the loss-making Proton for RM460.3 million (S$150 million) in June last year to try to turn its fortunes around. Geely owns the Volvo car brand.

The remaining 50.1 per cent stake in Proton is held by DRB-Hicom. 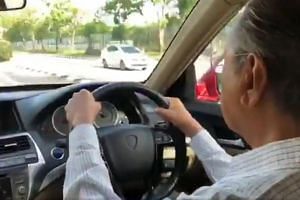 At its peak in the early 1990s, Proton dominated domestic car sales with nearly 80 per cent of new passenger cars sold.