MANILA (REUTERS) - The Philippines is banking on a steady stream of foreign high rollers to drive gambling revenue to a record this year even as it braces itself for greater competition from neighbours who want to cash in on the casino boom, the head of the state gaming regulator said on Tuesday (Jan 22).

"All the integrated casino resorts are doing very well," Domingo added. Gross gaming revenue jumped 13 per cent to a record of roughly 200 billion pesos in 2018.

The Philippines is one of Asia's fastest-growing gambling markets and its integrated casino resorts have helped create jobs and generate tax and tourism revenue. It also benefits from bans on gambling in many South-east Asia nations.

Domingo said she would not rest on her laurels given that other countries in the region now want to get a piece of the gambling pie.

Japan has approved the development of megacasinos, while Cambodia and Vietnam have welcomed investment in the gambling sector.

Domingo said she plans to meet Philippine President Rodrigo Duterte, who is opposed to gambling, and update him on threats faced by the gambling industry and socio-civic projects funded by the casino sector.

The firebrand leader lashed out at the casino business last year, saying there would be no new casinos set up during his presidency. 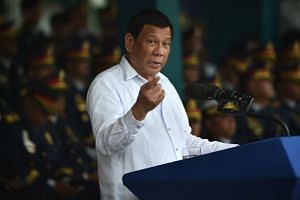 "The operators are threatened (by the growing competition). However, if you have critical mass (plenty of options) and a safe environment, gamblers will still be there," Domingo explained.