PHILIPPINES (REUTERS) - As she announced in January 2016 that the Philippines would immunise one million children with a new dengue vaccine, the nation's then health secretary Janette Garin boasted it was a world-first and a tribute to her country's "expertise" in research.

At the time, it seemed the Philippines could be on the cusp of a breakthrough to combat a potentially lethal tropical virus that had been endemic in large parts of the South-east Asian nation for decades.

Almost two years later, the programme lies in tatters and has been suspended after Sanofi Pasteur, a division of French drug firm Sanofi, said at the end of last month the vaccine itself may in some cases increase the risk of severe dengue in recipients not previously infected by the virus.

Documents reviewed by Reuters that have not been disclosed until now, as well as interviews with local experts, show that key recommendations made by a Philippines Department of Health (DOH) advisory body of doctors and pharmacologists were not heeded before the programme was rolled out to 830,000 children.

After Garin's announcement, the Formulary Executive Council (FEC) of advisers urged caution over the vaccine because it said its safety and cost-effectiveness had not been established.

After twice meeting in January, the panel approved the state's purchase of the vaccine on Feb 1, 2016, but recommended stringent conditions, minutes of all three meetings show.

"Based on the available scientific evidence presented to the Council, there is still a need to establish long-term safety, effectiveness and cost-effectiveness," the FEC told Garin in a letter on that day. The letter was reviewed by Reuters.

The FEC said Dengvaxia should be introduced through small-scale pilot tests and phased implementation rather than across three regions in the country at the same time, and only after a detailed "baseline" study of the prevalence and strains of dengue in the targeted area, the FEC letter and minutes of the meetings said.

The experts also recommended that Dengvaxia be bought in small batches so the price could be negotiated down. An economic evaluation report commissioned by Garin's own department had found the proposed cost of 1,000 pesos (S$26.83) per dose was "not cost-effective" from a public payer perspective, the minutes from the meetings reveal.

For reasons that Reuters was unable to determine, these recommendations were ignored.

The DOH purchased 3 million doses of Dengvaxia in one lot, enough for the required three vaccinations for each child in the proposed immunisation programme and paid 1,000 pesos per dose, a copy of the purchase order reviewed by Reuters shows.

It did conduct a "limited baseline study" in late February and March 2016, but the survey looked at "common illnesses" rather than the prevalence of dengue, according to guidelines issued by Garin's office at the time and reviewed by Reuters.

Garin, who was part of the government of former president Benigno Aquino and replaced when President Rodrigo Duterte took power in June 2016, did not respond to requests for comment on why she ignored the local experts' recommendations.

A physician, Garin has defended her conduct and a programme that she said was "implemented in accordance with WHO guidance and recommendations".

DOH spokesman Lyndon Lee Suy also did not respond to text messages or questions e-mailed to him.

Rontgene Solante, former president of the Philippines Society for Microbiology and Infectious Diseases, said health officials were motivated to end the debilitating impact of dengue on thePhilippines, where there are about 200,000 reported cases each year and many more unreported.

Over 1,000 people died of the disease in the country last year.

Two months after the FEC wrote to the health secretary, the DOH began immunising one million students around the age of 10 in all three target areas in April 2016, in accordance with its original plan but at odds with the FEC's recommendations to conduct a slow roll-out of the vaccine.

"The usual process for the DOH that has protected our children for so many decades was not followed. That's a fact," said Susan Mercado, a former Philippines health department undersecretary and former senior official at the World Health Organisation (WHO).

WHO said in April 2016 that the Philippines' campaign appeared to meet its criteria for using Dengvaxia because the targeted regions had high levels of dengue exposure; the vaccine would be provided to children nine years and older; and they would each receive three doses.

WHO was not involved in the deliberations of the FEC, according to the minutes. It said in a statement last week that a position paper on the dengue vaccine it published in July 2016 did not include a recommendation for countries to introduce it.

Now, after Sanofi's warnings, WHO has said it agrees with the government's decision to suspend the immunisation programme.

The current secretary of health in the Duterte administration, Francisco Duque, said he would carry out a "thorough analysis" of the FEC's recommendations and the programme before passing judgment. He said the Council's recommendations were not legally enforceable.

"At the end of the day, the final decision is made by (the)secretary of health," he told Reuters. "But because of the expertise that the members of the FEC have, it is something that you don't want to ignore."

Underpinning the concerns in 2016 about Dengvaxia, since confirmed by Sanofi, were fears that the vaccine would act like a primary infection for those who had never had dengue.

If they were bitten by a mosquito carrying the virus after the vaccination, it could be akin to getting dengue a second time, which often leads to far more severe symptoms and potentially death if bad cases are not treated quickly.

The concerns were first raised by noted US-based tropical disease expert, Dr Scott Halstead, who urged both Sanofi and the WHO to proceed with caution.

In the Philippines, Dr Antonio Dans, an epidemiologist from the University of the Philippines, led a delegation of physicians to the DOH in March 2016 where, citing Halstead's research, they pressed for the campaign to be aborted.

"The data was not definitive but it was clear there were uncertainties and risks. Why not wait for the complete studies to be finished before endangering so many children?" Dans told Reuters.

In a Senate hearing late last year, Garin said she was aware of Halstead's assessment but dismissed it. "This is a theory ... it has not been proven," she said at the time.

Two sources involved in the programme said no antibody testing was undertaken, as recommended by the FEC.

Antibody testing, while not 100 per cent accurate, indicates whether an individual has had dengue before.

Duque, the current health secretary, is demanding the company refund the 3 billion pesos paid for the vaccinations and has threatened legal action against Sanofi if it is proven to have withheld information.

A criminal probe is underway into how a danger to public health came about and two Congressional inquiries have been convened in the Philippines.

Duque told Reuters he was concerned that the programme was paid from an "off-budget" allocation, meaning it bypassed Congressional scrutiny. Reuters was unable to confirm this.

Until now, one child out of the 830,000 vaccinated, a girl who was hospitalised with severe dengue, has been linked definitively by the DOH to the campaign. But the department of health says it still does not have complete data on those who fell ill after taking Dengvaxia. 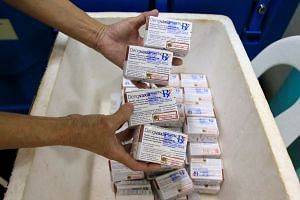 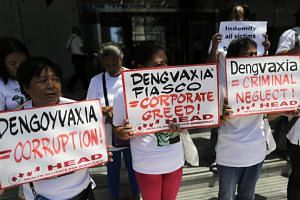 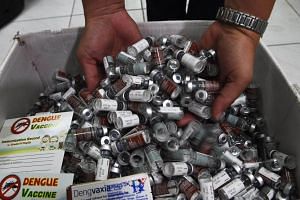 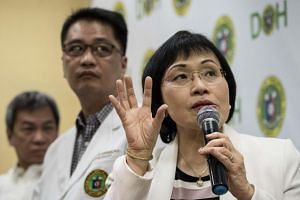 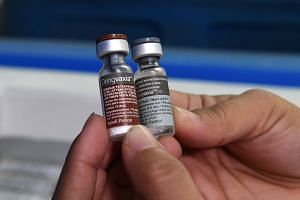 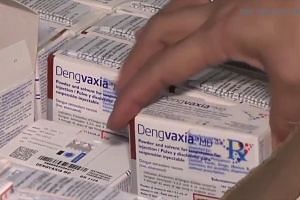 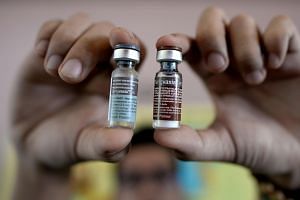 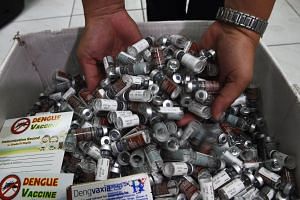 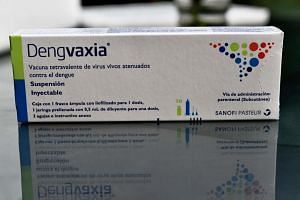 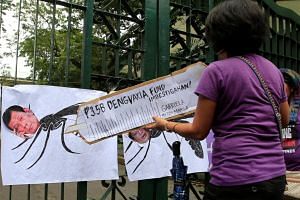