MANILA (REUTERS) - The Philippines confirmed on Monday (Sept 5) its first case of the Zika virus this year and said it was "highly likely" it had been locally transmitted, and it expected more cases after stepping up surveillance.

A 45-year old woman who lives in Iloilo city in the central Philippines has the virus, Dr Eric Tayag, spokesman at the health ministry, told a media briefing.

The woman is not pregnant, he said, and was recovering at her home. It was considered "highly likely" that she had contracted the virus locally as she had no history of travel to any affected country in the past two weeks, Dr Tayag said.

The Philippines reported its first case of Zika in 2012, that of a teenage boy in Cebu island in the central Philippines. Four subsequent cases were foreigners.

A Zika outbreak is affecting large parts of Latin America and the Caribbean, with Brazil the hardest hit, but cases have been cropping up in Asia. 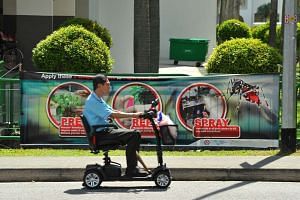 16 new cases of Zika in Singapore, bringing total to 258

Singapore has reported more than 250 Zika cases since the first locally infected case was detected on Aug 27 and neighbouring Malaysia has reported one such case.

Zika infections in pregnant women have been shown to cause microcephaly - a severe birth defect in which the head and brain are undersized - as well as other brain abnormalities.

The connection between Zika and microcephaly first came to light last fall in Brazil, which has since confirmed more than 1,800 cases of microcephaly.

In adults, Zika infections have also been linked to a rare neurological syndrome known as Guillain-Barre, as well as other neurological disorders.

There is no vaccine or treatment for Zika, which is a close cousin of dengue and chikungunya and causes mild fever, rash and red eyes.