MANILA (REUTERS) - In a rare move, the largest group of Catholic bishops in the Philippines has sought forgiveness for its lengthy silence over "disturbing issues", such as the president's bloody war on drugs and his attacks on the church and its doctrines.

The church is highly influential and an important source of moral guidance in the Philippines, where about 80 per cent of a population of 105 million are Roman Catholic.

Although known for speaking out in times of crisis and to rebuff doctrinal challenges, the bishops' silence over President Rodrigo Duterte's lambasting of the church and God, as well as his bloody crackdown on drugs, have raised questions about their unity and commitment to values.

"Forgive us for the length of time that it took us to find our collective voice," the Catholic Bishops' Conference of the Philippines (CBCP) said in a pastoral letter, issued late on Monday (Jan 28).

"We too needed to be guided properly in prayer and discernment before we could guide you."

In the letter, headlined Conquering Evil With Good, the bishops admitted silence over "disturbing issues about which you may have felt you urgently needed our spiritual and pastoral guidance".

It was not immediately clear why the CBCP issued the letter, which followed a plenary assembly. 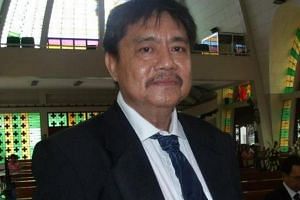 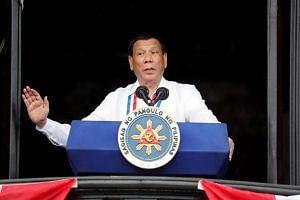 It opposed efforts led by Duterte's allies to lower the age of criminal liability for children, and said it had seen a "culture of violence has gradually prevailed in our land", referring also to a deadly church bombing on Sunday.

The popular Duterte's tirades against the Catholic church are now famous.

A self-confessed victim of sexual abuse by a priest, Duterte has called God "stupid", characterised as "silly" the doctrine of the Holy Trinity and accused bishops of concealing their homosexuality.

The bishops said they understood the need to fight crime and drugs, but were concerned "when we started hearing of mostly poor people being brutally murdered on mere suspicion of being small-time drug users and peddlers", while bigger players were left alone.

Police say they have killed more than 5,000 people, all in self-defence, while trying to arrest drug dealers and deny that any were executions, as alleged by human rights groups.

Some bishops have taken individual stands against the crackdown, denouncing it in sermons, issuing pro-life statements and supporting marches and calls for church bells to be rung in protest, but these remained sporadic efforts within the church.

Asked about the letter, presidential spokesman Salvador Panelo said Duterte was serving and protecting the people.

"Rather than attack the president... I'd rather they issue a statement that they are praying for the president to succeed in his endeavour," he said.