KUALA LUMPUR (THE STAR/ASIA NEWS NETWORK) - The family of former Malaysian premier Najib Razak has started the legal process to reclaim items that police had seized from them.

Datuk Seri Najib said in a statement on Thursday (June 28) that the items, seized by police from six residences linked to him, were mostly gifts from friends and foreign dignitaries.

These included gifts from royalty for various occasions such as official visits and family events, birthdays, anniversaries, weddings and engagements.

He was responding to the Malaysian police saying the cash, jewellery, luxury handbags, watches and sunglasses that were seized have been valued at between RM900 million and RM1.1 billion (S$305 million and S$372 million).

This was the biggest seizure made in the country's history, said Commercial Crime Investigation Department director Commissioner Amar Singh at a news conference on Wednesday.

The seizures were made as part of an ongoing investigation into state fund 1Malaysia Development Berhad (1MDB).

The residences linked to him that were raided were his family home in Taman Duta, three apartments at the Pavilion Residences condominium, an unused bungalow in Putrajaya and the official residence of the Prime Minister in Putrajaya. 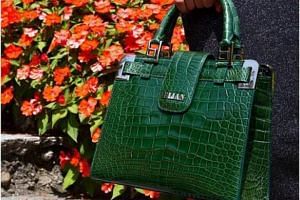 Najib says he and his wife Rosmah get many gifts, dismisses S$300m valuation of jewellery, luxury goods

The cash seized from 35 bags amounted to RM116.7 million in 26 currencies. Mr Najib has said these were Umno's leftover funds after the general election last month, and some belonged to him from his travels to 30 countries.

There were also 72 large luggage bags seized, 25 of them containing diamonds, bangles and earrings. Datuk Seri Amar said there were about 12,000 items of jewellery seized.

Mr Najib said in the statement: "Some of the items seized belong to relatives and various third parties.

"We dispute the quantity and the valuation given in the press conference by the police since such valuation is subjective and is subject to when the gifts were given."

As most of the items were gifts accumulated over decades, the family is not aware of how much was paid by those who had gifted these items, he added.

"Any valuation based on retail price and at current prices would be unrealistic, likely to be grossly inflated and will give a very distorted picture as these items were received as gifts over a period that spans decades," he said.

Malaysia's police chief Mohamad Fuzi Harun told reporters on Thursday had brushed aside claims by Mr Najib that the valuation of items seized from homes linked to him was "subjective and unrealistic", as the former premier had told Malaysiakini in an interview on Wednesday.

"The valuation of the (luxury) items is based on the assessment of experts who know their true value," Inspector General of Police Fuzi said. "We were assisted by experts on the brands of items seized, and the police were not involved in determining the value of the goods."

Mr Najib in defending the items as gifts mentioned that one item that police singled out as the most expensive watch was a Rolex Daytona which they say is valued at RM3.4 million.

"This item referred by the police appears to be a recent gift along with several other valuables given by an Interior Minister, who is also a prince of a Middle Eastern country, who visited Malaysia in March this year.

"The police should also have stated that this item, along with several others, were contained in a box with the royal crest of a foreign country," Mr Najib said, adding that such facts should not have been omitted.

He claimed that many of the items seized were stored in boxes properly labelled by staff members with the item description, photographs, date of gift and the identity of the persons who gave the gift.

"Should the police call our family for questioning over this matter, we will provide our full cooperation. To the best of our ability, we shall help the police identify those who have given the gifts over the decades," he added.