Kedah's rambunctious Chief Minister, Mr Muhammad Sanusi Mohd Nor, has promised to build enough blockades on the Kedah side of the river that will deprive Penang of its main source of raw water unless it pays annual compensation for drawing water from Sungei Muda.

"I can ask the villagers to put sandbags to dam the river at Pinang Tunggal… We will redirect Sungai Muda to somewhere else... Where will you (Penang) get your water from then?" Mr Muhammad Sanusi warned recently in a worsening public spat between the two states, referring to a key intersection of the river between them.

Ordinary Penangites are not taking the Kedah state government's demand for an annual charge of RM50 million (S$16.3 million) lightly.

"The states want to treat Penang like (how the Malaysian government deals with) Singapore when it comes to water," said a stall owner at the capital George Town's popular Goodhall Cafe.

Identifying himself as only Chin Tuan, the 40-something hawker added that any threat to Penang's water supply must be taken seriously. "Our food (on the island) is good because our water is the cleanest in the country. This is about our livelihood," he said.

The water row has much to do with the country's messy politics to residents such as Mr Chin Tuan.

Mr Mohammad Sanusi is a senior politician from the right-wing Parti Islam SeMalaysia (PAS), which is a major partner in Prime Minister Muhyiddin Yassin's coalition government and is opposed politically to the Democratic Action Party (DAP) that rules Penang.

The Minister of Environment and Water, Tuan Ibrahim Tuan Man, is also the deputy president of PAS and a close ally of Mr Mohammad Sanusi.

The federal government has remained silent on the ongoing dispute and DAP leaders, including former Penang chief minister Lim Guan Eng, has accused the Muhyiddin government of conspiring with the Kedah state government because it is supporting Mr Muhammad Sanusi's proposal to build blockades that will disrupt the Sungai Muda water flow.

Previous Kedah state administrations have made similar demands but Penang has always upheld its rights over Sungai Muda, which is a transboundary water system separating both states at the centre line of the waterway.

Under the international convention of riparian rights - broadly defined as a system for allocating water among those who possess land along its path - Penang's position is that it does not have to pay for the water that flows through its territory.

Its low tariff for users and predictable supply has helped it draw both foreign and local investment into the state that boasts a water reserve margin of close to 30 per cent, Malaysia's highest.

But Penang's problem is that 80 per cent of its raw water is sourced from Sungai Muda, which Mr Charles Santiago, the former chairman of the National Water Service Commission, known as Span, noted has high levels of toxicity.

Bersatu and PAS say they will face general election together, in rebuff to Umno

In an attempt to reduce its dependence on Sungai Muda, Penang has tried to negotiate with neighbouring Perak in the south to tap on the relatively under-utilised Sungai Perak for the construction of a massive raw water transfer scheme.

But that plan, which was first mooted in 2009, failed to take off because the then Umno-led Barisan Nasional government in Kuala Lumpur refused to back it because the island state was under the opposition.

The political dimension to Penang's water troubles, however, is only half the story.

Mr Santiago, who is also a DAP Member of Parliament, views the Penang-Kedah political wrangle as a side show to a far more serious national crisis facing Malaysia.

"We are a seriously water-stressed nation, and all the rain we get does not translate into water security," said Mr Santiago, adding that the pollution in the country's rivers has reached a critical stage.

A report by local consulting firm HSS Engineers prepared for the previous Pakatan Harapan government, which collapsed in February last year, noted that water demand for all sectors would grow by at least 30 per cent over the next 30 years.

But Mr Santiago notes that there is already a critical shortage, and unless new water-transfer projects are built, several states, such as Kedah, Kelantan, Sabah, Perlis, Johor and Selangor, could face serious water shortages. 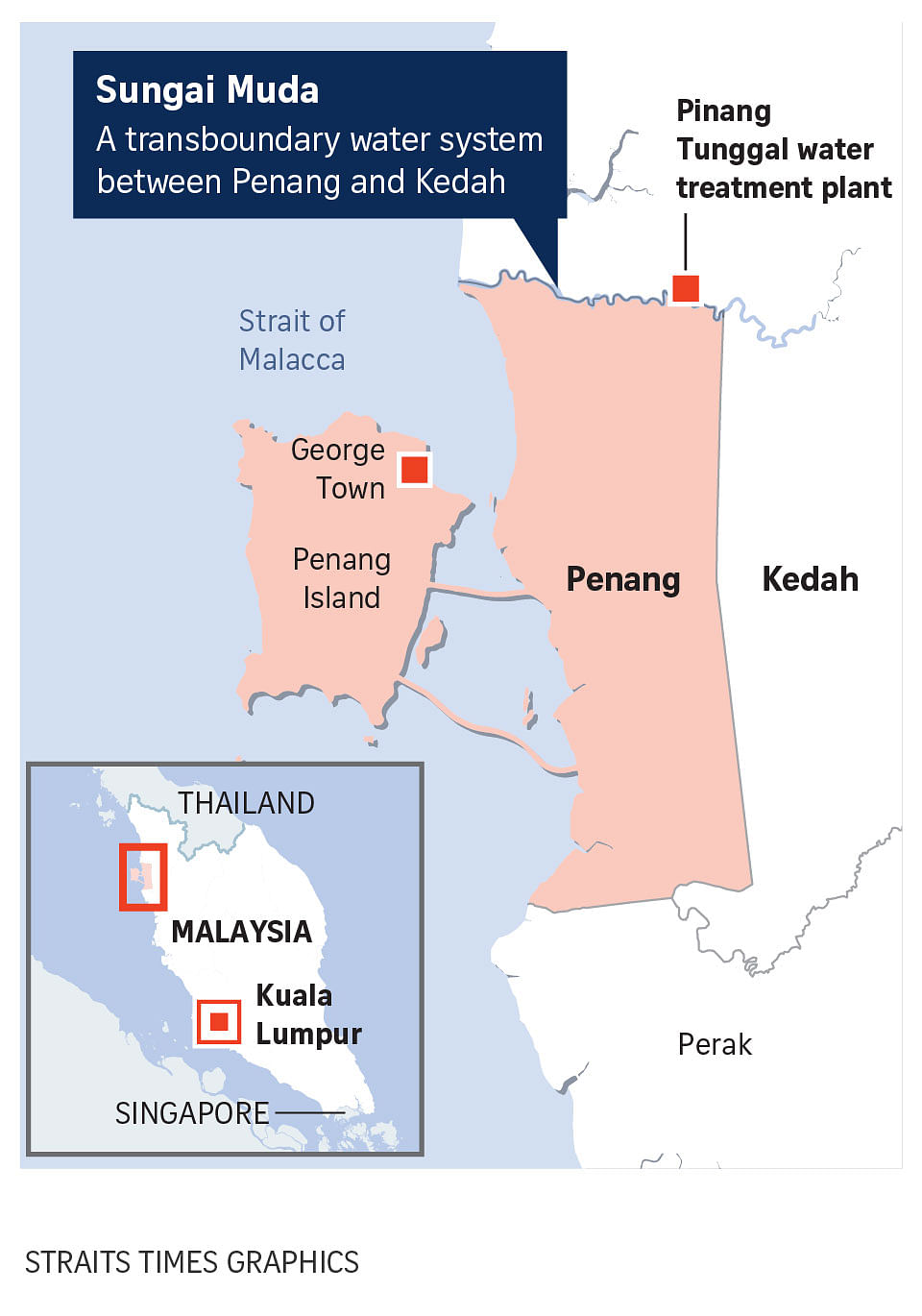 The water reserve margin - which is defined as a ratio of the production capacity and usage - in these states has fallen below the required 15 per cent, with the worst situation in Kelantan (-0.2 per cent), Kedah (-2.3 per cent) and Selangor (1.5 per cent). The national average reserve margin stands at just below 14 per cent, according to current government officials.

PM Muhyiddin's government announced plans last year to build a total of seven water treatment plants in the water-stressed states to increase production capacity, but several of these plans have been disrupted because of the Covid-19 pandemic.

Mr Santiago said that state governments, which have jurisdiction over their water resources, need to beef up the management of this important resource.

"It is not about more allocation of funds but rather repairing the hole in a very troublesome (national water management) system," he said.

Umno wants to lead Malaysia, but who will lead Umno?