PETALING JAYA (THE STAR/ASIA NEWS NETWORK) - Nestle has responded to viral videos claiming how Milo is "too sweet", saying that if consumers follow its recommended preparation, the serving contains only 6 per cent sugar.

She said that the recommended preparation is to add five teaspoons of Milo powder into 200ml of hot water.

"This serving contains only 6 per cent sugar. Out of this 6 per cent, 3 per cent is natural sugar (from milk and malt) and 3 per cent is added sugar," said Nurul in a statement on Tuesday (Feb 6).

Nurul clarified that the 40 per cent sugar content shown on the label refers to Milo powder before water is added.

With 200ml of water added, Nurul said that sugar comprises only 6 per cent of the beverage. 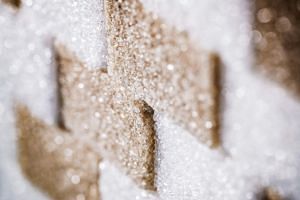 "Protomalt is a malt extract which gives a combination of different types of carbohydrates to provide energy," she said.

"We encourage consumers to prepare Milo with powdered milk and/or water, and enjoy it as part of a balanced diet," said Nurul.

"In line with the ever-evolving needs of our consumers, we continually make efforts to produce healthier and tasty products," she added.