GEORGE TOWN (THE STAR/ASIA NEWS NETWORK) - Factory worker A. Rajeswari is saddened that many are blaming her and her daughter over the death of her uncle after a scuffle with a group of girls.

Her uncle, Mr Panjavarnam Perumal, 56, died of a heart attack after the scuffle with the friends of her 15-year-old daughter.

"I am nine months pregnant and my uncle was worried about me. He followed me to meet the group of young people who came over to our house to confront us.

"I did not expect this to happen and I want the perpetrators to be caught and justice to be served," Madam Rajeswari, 34, said on Wednesday (Aug 24).

She described Mr Panjavarnam, a cleaner, as a nice and caring person. 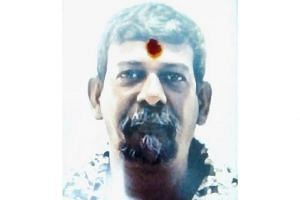 "As he was a bachelor, he treated me like his own daughter. When the scuffle happened, my uncle pulled me back because I am pregnant.

"However, the group still came towards me and pushed me, which resulted in me and my uncle falling," said Madam Rajeswari, who is due to give birth early next month.

She said police had recorded statements from her and her daughter over the incident, which occurred on the ground floor of the Jalan Kurau flats here where they live. Mr Panjavarnam lived in a unit on the first floor.

George Town OCPD Asst Comm Mior Faridalathrash Wahid said the case was considered solved with the arrests of three girls and a man, aged between 15 and 23, at the scene.

"The suspects have been remanded for six days pending investigations. The case is being investigated under Section 302 of the Penal Code for murder," he said.

Some 50 family members and neighbours attended Mr Panjavarnam's funeral at 2pm on Wednesday. He was cremated at the Batu Lanchang crematorium.

It was reported that a heated Facebook chat between a 15-year-old schoolgirl and some friends turned deadly when one of them came looking for her together with other family members on Monday.

The ensuing scuffle led to Mr Panjavarnam's death. He was allegedly attacked by a group of young people armed with helmets at about 11pm.

ACP Mior had confirmed that a disparaging Facebook posting led to the argument and that Mr Panjavarnam had tried to stop the argument but was beaten up, kicked and stepped on instead.