PETALING JAYA - Malaysian Prime Minister Najib Razak said on Monday the Sedition Act will be used against those who destroy racial harmony in the Low Yat Plaza incident, The Star reported.

He said he was disappointed at what took place at Low Yat Plaza - the scene of a mob attack at the mall in the Kuala Lumpur shopping belt on Sunday - and the comments on social media following Sunday's incident.

"The rakyat (people) should not create racial hatred via the internet or messaging apps on their phones," said Najib in a statement on his Mandarin Facebook page.

"I have ordered the Home Ministry and Malaysian Communications and Multimedia Commission to monitor them thoroughly and at the same time I will use the relevant Acts, especially the Sedition Act, against those who destroy racial harmony." 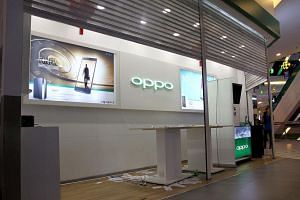 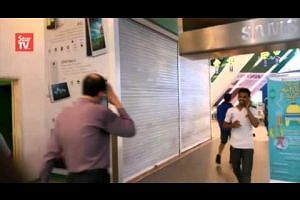 Kuala Lumpur police chief Tajuddin Md Isa earlier on Monday said a total of 18 people had been arrested over two days in connection with the theft and subsequent riots at Low Yat Plaza.

In his statement, Najib said the Low Yat incident escalated into a violent brawl, which later transformed into a heated racial topic online.

"I am disappointed at this phenomenon. The police have taken action against those involved in the crimes and also the troublemakers. Everyone must stop spreading rumours and rely on official statements issued by the police," said Najib.

There has been speculation that the incident was the result of a racial dispute after a Malay man was caught by security guards for stealing a mobile phone from a Chinese trader at a store in the mall. He was turned over to the police on Saturday, but the man reportedly returned with his friends to the mall, where they assaulted and vandalised the store. A mob later gathered at the mall, escalating in the riots on Sunday.

Speaking later at a press conference, Najib also urged Malaysians not to follow the mob mentality and remain calm.

Najib said he had ordered the Inspector-General of Police to take action to stop any more incidents from taking place.

"Don't give in to the mob pyschology. If something happens, we tend to follow blindly without knowing the full facts and act using our emotions," he said.

He said the matter should be viewed as a criminal act rather than a racially-charged incident.

"The matter should be investigated by the police and action will be taken against the culprits," he said.

Najib also told reporters that the social media space had too much freedom.

"We have social media freedom but there are problems because in this matter, it is too free. This is something that should be reviewed deeply," he was quoted saying by the Malaysian Insider.

He said the authorities should be allowed to investigate the Low Yat Plaza melee without the influence of racial elements.

“MCA urges people of all races to remain calm and let the relevant authorities investigate the episode from a criminal point of view and take appropriate action without the influence of any racial element or intimidation,” he said in a statement.

He also urged the public not to fall into the ‘trap set up by irresponsible quarters’ by spreading unverified news, pictures, and videos on the incident.

“We are extremely concerned that such a simple criminal case could incite all kinds of racially-seditious rumours and statements in the social media which is abhorrent to all Malaysians,” Ong added.