The fund announced the resignations on Thursday in the biggest management shake-up at state-linked firms since Tun Mahathir's political coalition took over the government after its shock election win in May.

"This action of clearing the deck will allow restructuring as our policies are now different," Dr Mahathir said in a statement.

Khazanah's managing director Azman Mokhtar and the other eight members of the board of directors submitted undated resignation letters to the prime minister earlier this week.

In a statement on Thursday, the fund said the board "feels it appropriate to offer the new government the discretion and reaffirm the prerogative to form the new board".

Tan Sri Azman, who has led Khazanah for 14 years, had hinted before that he might not seek an extension to his contract due to expire in the first half of 2019.

Dr Mahathir said that the government was not on a witch hunt, and that the shake-up at Khazanah was needed to align the fund's direction with the new administration's policies. 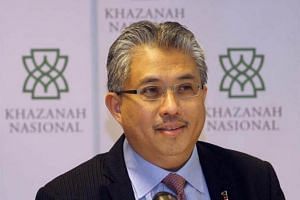 Also, a new central bank governor was named in June.

As one of his first acts as prime minister, Dr Mahathir reopened domestic investigations into state fund 1Malaysia Development Berhad (1MDB), which was founded by Najib and the subject of a global money-laundering investigation linked to billions of dollars said to have gone missing.

"We do not regard everyone as guilty of everything, but this administration will not accept obvious wrongdoings," the prime minister said in Friday's statement.