KUALA LUMPUR (BLOOMBERG) - Malaysia Airlines Flight 370, missing since 2014, was probably deliberately steered off course and flown to the southern Indian Ocean, according to the Malaysian government's safety report into the disaster.

It is difficult to attribute the aircraft's changes in course to any specific system failure, according to the report released on Monday (July 30).

"It is more likely that such manoeuvres are due to the systems being manipulated," it said.

Investigators have never been able to explain why the jet abandoned its route shortly into the flight, traversed Malaysia and then cruised south over the Indian Ocean.

Experts mapped the Boeing 777's course only after picking through hourly data hookups with a satellite. 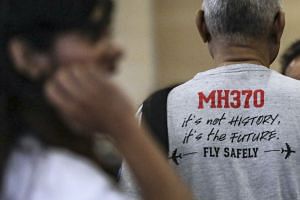 There is nothing to suggest the plane was evading radar, or evidence of recent behavioural changes in the crew, it said.

Significant parts of the aircraft's power system were probably still working throughout the flight, according to the report.

Without the help of cockpit data recorders, search teams have only guessed what happened in the flight's final moments.

Analysis by the Australian government suggested MH370 ran out of fuel before plummeting - at as much as 25,000 feet a minute - into the water.

Other investigators speculated that a person was at the controls to the very end, gliding the plane into the ocean beyond the furthest limit of any search area.

A few pieces of wreckage washed up in Africa but no bodies have ever been recovered.

A fresh underwater search this year by US exploration company Ocean Infinity ended without success.

The jet's disappearance produced a slew of safety recommendations aimed at preventing a repeat of the tragedy.

New aircraft must broadcast their locations every minute when they are in trouble, but only from January 2021.

A gradual tightening of requirements starts in November, when airlines must track planes every 15 minutes under regulations adopted by the United Nations' International Civil Aviation Organisation.