He was replying to questions posed in Parliament by former prime minister Najib Razak and former Minister in the Prime Minister's Department Wee Ka Siong over how the Pakatan Harapan (PH) government arrived at the RM110 billion figure.

The previous Barisan Nasional administration had said that the HSR project would cost RM72 billion, but the PH government has said that the true cost is closer to RM110 billion.

Datuk Seri Azmin said in Parliament on Wednesday that the RM110 billion figure was arrived at after adding hidden costs not revealed by the previous government.

"The cost that Ayer Hitam raised was RM55 billion but among many things there were hidden costs that the previous government did not disclose to the public. So the Pakatan Harapan (PH) government is disclosing the entire cost of the project," Mr Azmin said, referring to Mr Wee's Ayer Hitam parliamentary seat.

"We need to ascertain whether the government can afford this project under the current economic situation."

Mr Azmin told Parliament that the HSR  project was too costly, as the country faced a national debt of RM1 trillion. 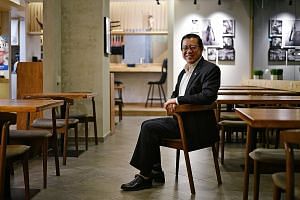 Former premier Najib, who retained his Pekan (Pahang) parliamentary seat in the May 9 general election, also questioned the RM110 billion price tag, saying that the international tender will close on Dec 28, and therefore the cost of the project is not yet known.

"We don't even know how much the project will cost us and if it is an international tender, it will be very competitive. How can the minister state that the cost is RM110 billion when the tender has not closed yet?" said Najib.

He also asked Mr Azmin how many jobs would be lost if the project is cancelled.

Mr Azmin said that the costing was done by his ministry and the Finance Ministry and maintained that "it was just costing" at the moment.

"Of course in any tender processes, there will be some savings. This is why from the beginning, Pakatan Harapan has always asked for all projects to be done via open tender," he said.

Prime Minister Mahathir Mohamad had previously announced that he would scrap the HSR project - inked by the previous Najib-led administration - but later backtracked to say that the deal was merely postponed.

Singapore said earlier this month that it had dispatched a diplomatic note to Malaysia on June 1 seeking clarification on Kuala Lumpur's stance on  the planned 335-km HSR line but had yet to receive a reply.

Singapore said it has so far  incurred $250 million in costs on the project, with a further $40 million needed by the end of the year.

Mr Azmin said Malaysia will soon hold talks with Singapore to discuss the fate of the HSR project.

He said that his intention to visit and renegotiate the deal to obtain a fair solution was communicated to Singapore's Transport Minister Khaw Boon Wan on June 6.

"The HSR agreement allows either side to cancel the project, subject to the terms of the contract. I wish to emphasise that any agreement must be fair and just to both parties," said Mr Azmin in his answer to a question from Umno MP Ahmad Zahid Hamidi.

"I will lead a delegation to Singapore soon to hold talks to reach an agreement with the Singapore government for a fair solution, as well as ensure the diplomatic ties that have long been established between Malaysia and Singapore," he said.

"The Attorney-General has given the opinion that this matter must be settled according to the law and bilateral talks. Based on the Attorney-General's advice we are studying all options available," Mr Azmin said.

He did not give a date for the planned meeting but later said that it is proposed to be held before the end of the month.

He did not rule out the possibility of Malaysia proceeding with the project.

"I am not saying it is a terrible project. The best solution is for both parties to sit down and discuss what is in our best interests. I do not want to exclude the possibility (that the HSR is still on)," he told reporters.

"We have to meet as soon as possible."