PETALING JAYA - The leader of a group representing former Malaysian military officers has slammed Defence Minister Mohamad Sabu for revealing that only four of the 28 Malaysian-owned Russian fighter jets could take to the air.

Brigadier-General (Retired) Mohamed Arshad Raji, president of the National Patriots Association, told the FreeMalaysiaToday (FMT) news site that it was "improper" for the defence minister to reveal the country's arms disposition.

"We don't have to say that only four of our Sukhois can fly. These are vital military assets. It is important that the public feels confident and reassured that our skies can be protected," said Mr Arshad, who last served as the army chief of staff for field headquarters.

Defence Minister Mohamad told Parliament on Tuesday: "Only four of the Sukhois are able to fly well."

He revealed that the Royal Malaysian Air Force was unable to properly maintain the fighter jets' airworthiness, and that 14 of the aircraft are under repair.

Mr Mohamad said the Defence Ministry had terminated the contractor engaged by the former administration and was looking to engage local contractors. 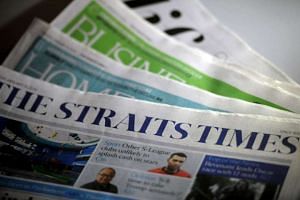 He also told the the House that 10 MiG-29 multi-role jets entered service in 1995, while six Sukhoi Su-30MKM Air-Superiority Fighter were delivered in 2007. The remaining 12 jets joined the service in 2009.

Mr Arshad said while he understood the government's desire for transparency, in matters of security and defence, information should be limited to MPs rather than told to the public.

"Now that the news is out, we must get to the bottom of this. We spend billions on defence annually so there must be a reason why our assets are not in the condition they should be in," FMT quoted him as saying.