KUALA LUMPUR  - A meeting scheduled for Tuesday (Feb 20) to discuss Indonesia's proposal to stop its citizens from going to work as maids in Malaysia has been postponed.

Malaysia's Deputy Prime Minister Ahmad Zahid Hamid told the Malay Mail that the discussion has been rescheduled, but declined to say why. “We have no information on the next meeting yet,” he said when contacted by the news site.

Earlier Datuk Seri Ahmad Zahid, who is also Home Minister, had said Malaysia's Ambassador to Indonesia Zahrain Mohamed Hashim would meet the Indonesian Manpower and Transmigration Minister on Tuesday to discuss the issue, which was raised after an Indonesian maid recently died allegedly from abuse.

According to The Star, Mr Ahmad Zahid said he had asked Datuk Seri Zahrain  to convey four points to the Indonesian minister, Muhammad Hanif Dhakiri.

"The first is that the abuse cases which have occurred are isolated; the second is that the Malaysian government and its enforcement authorities will never protect or cover up any abuse cases, not just those involving maids but all foreign workers here," Mr AhmadZahid said.

There has been no co-operation between Indonesia and Malaysia on the issue of domestic workers since the end of the MoU.

"Fourth, I asked Zahrain to convey that the commitment of the Malaysian Government to continue working with Indonesia must be accepted with an open heart because we need each other," Zahid said. He added that Malaysia hoped to achieve a win-win outcome with Indonesia on the matter. 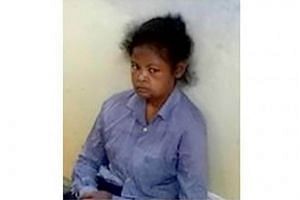 Indonesia has said it is looking into revisiting a moratorium on sending its domestic workers to Malaysia following the death of an Indonesian maid who was allegedly abused by her Malaysian employers, The Jakarta Post reported on Saturday.

Indonesian domestic worker Adelina Lisao, 21, died after she was apparently not given medical aid while working at a semi-detached house in Penang. She was seen by witnesses to have been sleeping on a mat in the porch beside a Rottweiler.

Indonesian Ambassador to Malaysia Rusdi Kirana had told The Jakarta Post President Joko Widodo was on board with the idea of halting the recruitment of Indonesian domestic workers to Malaysia.

He said he had proposed halting sending domestic workers to Malaysia and working on restructuring the employment administration process. This, he said, could help mend diplomatic ties between the two countries, which had been strained by repeated cases involving migrant workers.

There are about 250,000 women working as domestic help in Malaysia, mostly from Indonesia and the Philippines.

While cases like Adelina's are isolated, it has triggered an outrage from netizens, lawmakers, as well as activists calling for a stricter legal framework to protect the welfare of migrant workers in the country.

Her death has brought back the horror details of abuse cases by employers in Malaysia.

In 2004, then 20-year-old Nirmala Bonat was tortured by her employer with a hot iron.

In 2010, a 26-year-old maid from Sumatra was beaten with a belt, her back scalded with boiling water and her breasts pressed with a hot iron.

These cases of abuse involving Indonesian women had led to angry Indonesians staging a protest outside the Malaysian ambassador's residence in Jakarta in 2010.

In 2016, 19-year-old Suyanti from Medan was unrecognisable due to the injuries she sustained, after she was assaulted by her employer daily.