PETALING JAYA (THE STAR/ASIA NEWS NETWORK) - Malaysians are now showing trust in the government, in contrast to just a year ago, according to a recent international survey.

According to the 19th Annual Edelman Trust Barometer Global Report, the Malaysian government is currently at a "trusted" level, achieving a score of 60 points compared to "distrusted" with just 46 points last year - an increase of 14 points.

The online survey was conducted between Oct 19 and Nov 16 last year and involved over 33,000 respondents in 27 countries.

However, Malaysia still lags behind its neighbours Singapore and Indonesia, which scored 67 and 75 respectively. China has the highest score amongst 26 countries surveyed with 86.

The global average of trust in the government is 47, an increase of three points compared to last year. 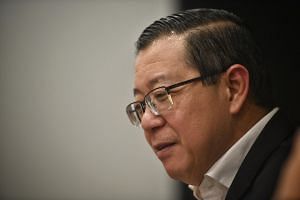 There was a change in the federal government following Malaysia's 14th General Elections in May 2018, when Pakatan Harapan coalition - led by Dr Mahathir Mohamad - took over the reins from former ruling coalition Barisan Nasional (BN).

Edelman said that trust is a valuable asset for all institutions, and ongoing trust-building activities should be one of the most important strategic priorities for every organisation.

"In modern society, we delegate important aspects of our well-being to the four institutions of business (economic well-being), government (national security and public policy), media (information and knowledge) and NGOs (social causes and issues).

"In order to feel safe delegating important aspects of our lives and well-being to others, we need to trust them to act with integrity and with our best interests in mind. Trust, therefore, is at the heart of an individual's relationship with an institution and, by association, its leadership," it said in the report.

The consultant firm noted that if trust in these institutions diminishes, people begin to fear that they are no longer in safe, reliable hands.

"Without trust, the fabric of society can unravel to the detriment of all," it added.

"From an institutional standpoint, trust is a forward-looking metric. Unlike reputation, which is based on an organisation's historical behaviour, trust is a predictor of whether stakeholders will find you credible in the future, will embrace new innovations you introduce and will enthusiastically support or defend you."

The report also noted that Malaysians trust their employers, scoring 76 points - an increase of three points compared to 2018. Malaysians also saw a trust in NGOs (63) and businesses (61).

However, the trust of Malaysians in the media remains at neutral (52), but still represents n improvement over 2018's 47 points.