PETALING JAYA (THE STAR/ASIA NEWS NETWORK) - With Indonesia battling forests fires in Riau, Malaysians are bracing for a spell of haze and smog.

Malaysian Meteorological Department (MetMalaysia) director-general Jailan Simon said a few regions in Malaysia were already experiencing haze due to the fires in Riau.

According to MetMalaysia, areas such as Selangor, Kuala Lumpur, Putrajaya, Negri Sembilan and Penang are affected by the haze.

"The haze is caused by a moderate amount of smog moving from hot spots in the central and southern parts of Sumatra due to the south-west monsoon winds," he said in a statement to The Star on Thursday (Aug 1).

Mr Jailan said it is expected that consistent winds will be blowing from the south-west direction for a week.

"As such, a stable atmospheric condition and dry weather is expected to continue. Based on wind patterns, the haze in Peninsular Malaysia is forecasted to continue as long as there are hot spots in Sumatra," he said.

He said he hoped it would be a temporary condition, and that MetMalaysia would continue monitoring the weather nationwide and channel information to the authorities for the next course of action.

"To mitigate the effects of the haze, people are advised to adhere to regulations issued by the authorities to not practise open burning, especially during hot and dry weather.

"They are also advised to follow health guidelines issued by the Health Ministry, " Mr Jailan said.

Based on data from the Asean Specialised Meteorological Centre on Wednesday, MetMalaysia said five hot spots were detected in Peninsular Malaysia, 21 in Sumatra and 38 in Kalimantan. 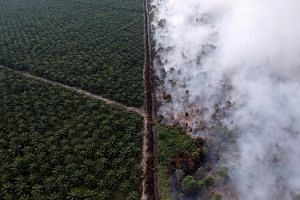 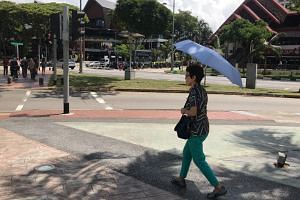 Expect dry and warm weather, with possible haze, in August

Four of the hot spots in Malaysia are in Pahang while one is in Johor.

Checks on Malaysia's Department of Environment (DoE) website showed that Klang and Rompin, Pahang on Thursday saw the Air Pollution Index (API) rise above 100 to be classified under the "Unhealthy" category.

Rompin, Pahang recorded an API level of about 104 while Johan Setia, Klang saw levels up to 110.

In a statement on Thursday, the DoE attributed the smog to transborder haze due to forest fires in Indonesia, and said it had stepped up efforts to monitor and clamp down on open burning through the use of drones.

It warned land owners to be vigilant in ensuring that no trespassers engage in open burning on their land.

According to the Health Ministry guidelines on haze, people are advised to reduce outdoor activities and wear three-ply face masks if they have to be outdoors.

Malaysians are advised to ensure the air in their houses and buildings are clean, and to reduce smoking.

When in the car, air-conditioners should be set to the re-circulation mode so that only clean air inside the car will be circulated.

People are also advised to drink lots of water and to wash their hands and face after any outdoor activity.