According to a Malaysiakini report, the RM30 million fee will be used to purchase the rights to broadcast 41 of the 64 matches, of which 27 will be shown live.

This means the cost to taxpayers to run the telecasts is now zero.

"The cost is fully sponsored already, and Communications and Multimedia Minister Gobind Singh Deo will be announcing the matter soon. We (the government) will not be paying a single sen for it," he told the news portal.

Sponsors are buying airtime for their advertisements during the World Cup telecasts.

Though RTM is a state broadcaster, the sponsors will pay advertising rates slightly higher than usual, as they consider it a "donation" to the country.

When asked why the sponsors did not donate to the government's Hope Fund (Tabung Harapan) instead, Lim said sponsors also wanted to benefit from airing their advertisements. 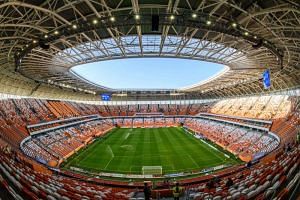 Football: Malaysia to beam 27 World Cup matches 'live' and free but signals set to be blocked in Singapore 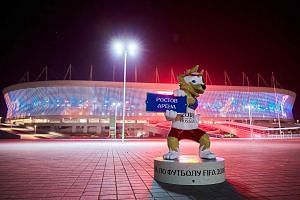 "There is a great difference. Sponsorship will get them daily advertisements throughout the whole month (of the World Cup), so at least they will get some returns," Lim explained.

"Who wants to just give away RM30 million for a one-off event (just) like that? You need to understand, they are companies, they also need some sort of advertisement revenue," he added.

According to Lim, Prime Minister Mahathir Mohamad had reservations about showing the World Cup on RTM, as the country's finances are tight.

"However, after it was explained to him that the tournament only comes once in four years, and that allowing it to be aired on RTM would allow the public to watch the sport for free without having to subscribe to any sports channels, Mahathir gave it the green light."