The opening of the country's 14th Parliament will be a historic moment because for the first time in 60 years, the Barisan Nasional coalition will sit on the opposition bench having been unseated by the Pakatan Harapan (PH) alliance in the country's general election on May 9.

The proceedings on the first day will begin with Dr Mahathir tabling the first motion for the election of the Dewan Rakyat Speaker.

Tun Dr Mahathir, who was in Kuching to attend a closed-door briefing on the development of Sarawak with the state's ministers, confirmed to reporters on Sunday a candidate for the Speaker post had already been chosen.

"It will be announced soon. He is an ex-judge. Yes, he is Datuk Mohamad Ariff Md Yusof," he said.

Datuk Mohamad Ariff had been tipped to be Speaker after the PH government said it wanted to nominate a retired judge, instead of an MP, for the post to avoid bias.

The 69-year-old who hails from Kedah is well versed in commercial law, banking, securities, arbitration, constitutional and administrative law. 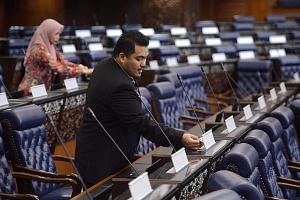 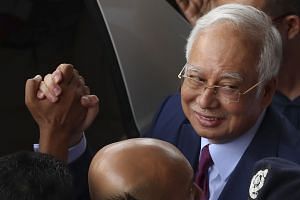 5 key things to watch in Parliament

He graduated with a Bachelor of Law from University of London's London School of Economics and started his career in 1974 as a law lecturer before becoming an associate professor at the Law Faculty of the University of Malaya.

The father of five left the academic world in 1986 when he ventured into legal practice as an advocate and solicitor where he was also one of the founding partners of Cheang & Ariff.

From 1993 to 1995, Mohamad Ariff took leave from his legal practice to join the then newly formed Securities Commission of Malaysia and became its first Market Supervision Department director.

In September 2012, he became a judge of the Court of Appeal before returning to Cheang & Ariff as a consultant after his retirement from the Malaysian Judiciary in early 2015.