Tun Mahathir, 93, secured a stunning election win in May, ending the decade-long rule of former premier Najib Razak and changing Malaysia's government for the first time in six decades.

But the Senate, or upper house of parliament, is still dominated by an opposition led by the defeated Barisan Nasional (BN) coalition, which can block Bills and delay government initiatives.

Malaysia was among the first few countries to introduce an anti-fake news law although other countries in the region, including Singapore and the Philippines, have said they are considering how to tackle "fake news".

Critics accused Najib of using the law to curb free speech ahead of the May general election as his government tried to fend off criticism over accusations of graft and mismanagement.

But BN Senate leaders and members of the right-wing Islamist party, Parti Islam Se-Malaysia, on Wednesday blocked its repeal. 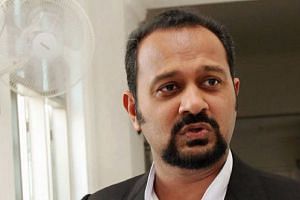 The Bill will go back to the lower house of parliament for another vote.

Co-opted by US President Donald Trump, the term "fake news" has become part of the standard repertoire of leaders in authoritarian countries to describe media reports and organisations critical of them.

Just days ahead of the election, Dr Mahathir himself was accused of spreading fake news after the authorities said they were investigating him over what they said were false claims that his plane was sabotaged.

Other leaders opposed to Najib were also charged under the Act.