PETALING JAYA (THE STAR/ASIA NEWS NETWORK) - Malaysia has doubts over some of the findings of the Dutch-led Joint Investigation Team (JIT) on the downing of Malaysia Airlines Flight MH17, Prime Minister Mahathir Mohamad has said.

In an interview with the Sputnik news agency, which is based in Moscow, Russia, the Prime Minister said that some of the findings of the JIT do not seem "quite right".

"I am not doubting their truthfulness. But there are certain things they claim - it is difficult for us to accept... Identifying the missile - yes. The area where it happened - that can be verified."

"But identifying the actual firing, by whom (it was performed), that would be very difficult in the usual circumstances," he said.

The agency reported that Tun Dr Mahathir said there was not enough evidence to blame Russia for the shooting of the Malaysia Airlines aircraft.

"Yes, that (Russia's guilt) is our doubt. But I do not have any relatives that were killed there. I do not have any rights to any insurance claims. I am seeing this as an observer from the outside, and some of the findings made (by the JIT) did not sound to me and many people in Malaysia as being quite right," Dr Mahathir said.

On July 17, 2014, the aircraft with 298 on board from Amsterdam en route to Kuala Lumpur was shot down over Donetsk, Ukraine.

The JIT concluded that MH17 was downed by a BUK anti-aircraft missile fired by pro-Russian separatists in their conflict against Ukraine.

In June, the JIT, consisting of Australia, Belgium, Malaysia, the Netherlands and Ukraine, had announced that four individuals - three Russians and one Ukrainian - would be charged with the downing of MH17. 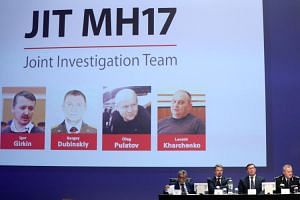 Who are the four men charged with downing of MH17?

'Justice for the dead' sought five years after MH17 crash

On June 19, the Dutch Public Prosecution Service charged them with murder in connection with the downing of the aircraft.

International arrest warrants were issued for the accused, expected to be tried in absentia on March 9, 2020, in the District Court of The Hague.

On July 17 this year, Dr Mahathir expressed his dismay that perpetrators behind Malaysian Airlines Flight MH17's downing have not been found after five years.

"We are sad as it was done on purpose, but we don't know who launched the rocket, " Dr Mahathir had said.

The Transport Ministry had also released a statement on July 17 this year saying that Malaysia would continue to pursue justice for the MH17 victims to ensure the perpetrators were held accountable.

"Five years might have passed but our resolve for accountability and justice will not wane," the Transport Ministry statement in July said.

"The Malaysian government will continue to pursue those who were responsible for this heinous crime and secure justice for the victims," said the statement, which added that Malaysia would continue to work with the other members of the JIT, other grieving nations and the international community in informing the families of the progress being made.