KUALA LUMPUR (THE STAR/ASIA NEWS NETWORK) - Malaysia is taking the first steps to promote water conservation, including reducing the use of water in the bathroom and when washing dishes or clothes.

Malaysia's National Water Services Commission (SPAN), a government agency, has drafted a law to make labelling and the use of water-efficient devices mandatory.

"We hope to finalise the law, which is about 80 per cent complete, by this year," SPAN executive director (water regulatory department) Marzuki Mohammad on Friday (Feb 22).

He was speaking to reporters after a demonstration of the use of water-efficient tap heads under a pilot project at Masjid Bandar Tun Hussein Onn.

Malaysia consumed 10.786 million litres a day of water in 2017, the latest data shown on SPAN's website, with some 60 per cent of the volume used in domestic households.

Singapore's per capita household water consumption was at 143 litres in 2017, the Republic's national water agency PUB said on its website. The Singapore target is to lower this to 130 litres by 2030.

In comparison, SPAN's data showed that in 2017, Malaysia's per capita household consumption was 201 litres. 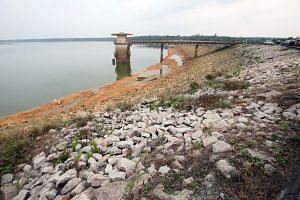 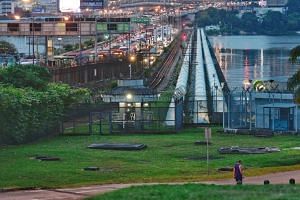 The Star has previously highlighted that the average Malaysian uses between 220 and 240 litres of water a day, which is at least 32 per cent more than the 150 litres recommended by the United Nations.

Mr Marzuki said engagement is needed among stakeholders, industry players and non-governmental bodies before the proposed law is tabled in Parliament.

There is currently no law in Malaysia to compel manufacturers to label their products under the Water-Efficient Products Labelling Scheme introduced by SPAN in late 2016, said Mr Marzuki.

"With the law, manufacturers of products such as bathroom fittings and washing machines must label their products according to a three-star rating (system).

But he said it will take time for the law to be fully implemented once it is passed.

"Even with the law, we will have to give time to educate all parties to make the transition from voluntary to mandatory (labelling and use of water-efficient devices).

"For example, it took Singapore about 10 years to do so," he said.

He said that based on an audit carried out on five schools by SPAN, water usage could be reduced between 30 to 50 per cent in a month through water-efficient fittings.