The region that currently encompasses most of southern Johor totalling 2,217 sq km - about three times the size of Singapore - is being expanded to cover an area of 4,749 sq km.

The new areas will include parts of Kluang in central Johor, Kota Tinggi in the east and Pontian in the west.

The decision to expand the region was made during the 24th Members of Authority (MoA) meeting of the Iskandar Regional Development Authority (IRDA).

“The progress of Iskandar steadily charted since 2006 has been truly spectacular and will be key in helping Malaysia reclaim its leadership as an Asean Tiger,” said IRDA co-chairman Tun Mahathir in a statement, referring to its 1990s status as a fast-growing ‘tiger economy’.

IRDA CEO Ismail Ibrahim said with the larger area, Iskandar should be able to offer more land for development at an affordable cost, and bring modern agriculture as one of its new promoted sectors. 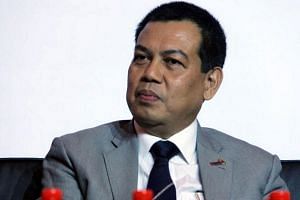 Johor's Iskandar region to have comprehensive bus service by mid-2021

Malaysia's Iskandar economic zone to be three times the size of Singapore: report

The Iskandar region is among the fastest growing regions in Malaysia outside the Klang Valley that encompasses capital city Kuala Lumpur and its Petaling Jaya suburb.

Since its 2006 beginnings to the end of last year, Iskandar has seen total investments of RM285.34 billion. These included billions of dollars of government funds to build up infrastructure such as roads and water-supply systems to landmarks such as Legoland and Puteri Harbour for private yachts, as well as branches of international universities and hotels.

Factories were also set up in the region's industrial parks.

"To date local investors contributed 62 per cent of the investments with RM194.81 billion, while the balance was from foreign investors," the statement said.

Top foreign investors include those from China, Singapore, the United States, Japan and Spain.

From 2006 to 2018, the services sector of tourism, education, finance, healthcare, creative and logistics recorded a total of RM28.9 billion in investments.