WASHINGTON (WASHINGTON POST) - The Washington Redskins player and his agent met Cindy Lin in 2015 at a suburban Porsche dealership.

She told them she was only in her 30s but was wealthy, well-connected and ready to buy a majority stake in the city's NBA team. According to a letter the agent wrote to the court, they eventually invested in what they thought was a bid for the Washington Wizards.

After a time the two became suspicious. There were inconsistencies in her stories, the agent wrote. They wondered about her parade of sports cars and even her age. They asked for their money back; to date, they have not gotten it, the agent wrote.

Neither have most other victims of the woman, whose real name is Siew Im Cheah.

At other times, she convinced professional athletes and successful executives she was the granddaughter of Singapore's first prime minister Lee Kuan Yew and a close friend of United States President Barack Obama.

Over the past two decades, prosecutors say the Malaysia-born con artist, now 59, has stolen at least six identities and several fortunes. From Virginia to California she would take on the personas of her roommates and nail technicians, then use those identities to profit from a series of scams.

One federal prosecutor described her in court as "a one-woman crime spree." Another, in a sentencing motion, said she "has perfected the art of identity theft."

The money her victims gave her for supposed investments in Nigerian oil and DC sports they now believe she spent on high-end cars, plastic surgery and designer handbags.

"Had we known she was not being honest about her real identity, age and criminal background, we never would have trusted her," the sports agent wrote in a letter to the court. She "is very manipulative and has shown no remorse for the heartaches she has caused."

Cheah pleaded guilty this year in federal court in suburban Alexandria, Virginia, only to identity theft and fraud, having been caught speeding through south-west Virginia in a Porsche with an old roommate's driver's license.

Up until her Oct 4 sentencing, at which Judge T.S. Ellis III put her in prison for 51 months, Cheah's true identity was in question.

"I'm a little confused about what name to use for you," Ellis told the small, quiet woman with chin-length black hair streaked white.

She said her name was Sau Hoong Lee, and her lawyer said she was 66. Prosecutor Gordon Kromberg jumped up in objection.

"She's not 66 years old, the woman whose identity she stole is 66 years old. She's 59," he declared. "Sau Hoong Lee is just another identity which she stole." Court records say her victims included a chef, a trainer, multiple manicurists and an appointee of a Virginia governor. The sports agent declined to comment and his client, a prominent Redskins player who was not named in court papers, did not return requests for comment.

Victims described a mix of anger and awe at Cheah's near-mystical powers of persuasion. At first she was personable and affectionate. She wowed them with her fancy cars and clothes and apparent connections to the wealthy and famous. But some said she soon became demanding and when challenged, cruel, threatening them with ruin. 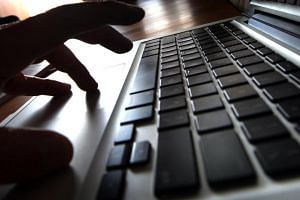 Only one in three Singaporeans ranks guarding against online identity theft as No. 1 priority: Survey

"She does not use guns, knives, or any other sort of physical weapon like many criminals," Alan Perez wrote in a letter to the court. "Language, and emotion are her weapons, and armed with them she can easily infiltrate the mind of anyone she wishes to prey upon."

When she was arrested in 2017, prosecutors say, Cheah was living in a US$14,000-a-month (S$19,084) high-rise on Santa Monica Boulevard in Los Angeles, leased under the name of a friend's unwitting mother.

According to court records, she has claimed various people allowed her to use their names and that she planned to pay them back for any debts she incurred.

In a brief phone interview from jail, Cheah said the people who spoke against her "were not victims at all" and had "nothing to do with the situation" that put her behind bars. "I don't think it's fair," she said.

"She's been a very generous woman," her attorney Bill Hicks added. "People invest money all the time; sometimes they win, sometimes they lose." In court he argued that prosecutors were provoked not by what she did but the mysterious ways she did it.

"They're upset because they would like to know everything about her," he told the judge.

It's a mystery federal agents have been trying to solve for years. When Cheah's daughter married at the Ritz-Carlton in Washington in 2015, FBI agents were watching. Kromberg is a national security prosecutor, and according to a person familiar with the investigation, authorities initially suspected Cheah had ties to Chinese intelligence. For years they found no trace of her big spending in bank records. One victim said she would use him as a middleman for wire transfers and take her money in cash. In past court proceedings, Cheah said she lived off her past earnings as a plastics executive.

According to court records, the woman born Siew Im Cheah entered the US from Malaysia on a visitor's visa under the name Sau Hoong Lee in 2001. The real Lee is a homemaker in the suburbs of Kuala Lumpur who says she never met Cheah. 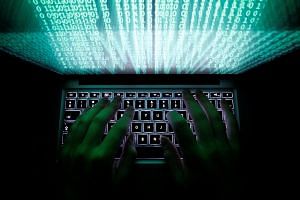 Singaporean man, 29, charged in US for sophisticated identity theft and wire fraud

Her first known crime in the US dates to 2004, when she was convicted of burglary, auto theft and identity theft in Monrovia, California, for stealing her landlord's name and driver's license to buy a BMW.

In 2011 she was arrested in Monterey Park, California, after writing a bad US$350,000 check under the name "Claudia Lee" to buy a diamond ring that she then pawned for US$100,000. A year later, calling herself Teresa Cheah, she stole the identity of a roommate. Under the name Cindy Tran she opened a bank account, cashed out a life insurance policy, sold her roommate's two cars and bought a new one.

In 2012, she took Tran's name across the country into a group house in Northern Virginia. Her roommate Cindy Lin started incurring debt on credit cards she had never opened, being chased by the IRS for taxes on casino jackpots she never won, and racking up traffic tickets in cars she never drove.

Finally, in 2016, Lin contacted police in Brunswick, Virginia, about a speeding ticket and was shown a body camera image she recognised as her "mother figure" behind the wheel of a 2017 Porsche with her Shih Tzu, Sushi, in her lap. Lin learned that Cheah had used Lin's license when pulled over for speeding at least four times in Ferraris and Porsches registered in the names of various men.

One was Alan Perez, who met Cheah in 2015 when working as a chef at a Houston restaurant. "Cindy Lin" drove up in a drop-top red Ferrari with California plates. They bonded over their hatred of the city and spontaneous natures. For someone as rich as she claimed to be, Perez said, Cheah was wonderfully down-to-earth.

"It happened so fast, within a couple months," he recalled. In some part of his mind, he said he never trusted her. But in another, she became and remained the "big sister" who had showered him with love.

Even as his debt racked up and Cheah became harsh and demanding, he agreed to move with her to LA and start a nonprofit. She coached him on how to talk to police if they asked about her, telling him she maintained multiple identities because she worked for the CIA.

"The avenue of least resistance was to go deeper," Perez said.

Fugitive of 13 years caught after using another man's IC

She left him US$250,000 in debt, he said, most of which he wrote off by going bankrupt, and took money from his parents as well, leaving them estranged.

She charmed Perez's family by saying she wanted "simple and modest pleasures." She impressed other victims with lies about her grandeur. She said she had access to a government investment fund in Singapore through her family but was "Google-proof" to avoid being killed by the people who kidnapped her father.

Cheah's connections to the rich and famous were why Jimmy Rhee thought Lin was the real deal. She once introduced him to the Redskins player at a Porsche dealership, Rhee said, and she claimed to be friends with Redskins owner Daniel Snyder.

And when Rhee visited Cheah while she was sick, he saw flowers with a card that appeared to have been signed by President Obama. He now believes she sent them to herself.

"She was always creating, manipulating a fictitious situation and environment," Rhee said. "She was a master at that." Rhee was then-Virginia Governor Robert McDonnell's assistant commerce secretary when he met Cheah, who persuaded him to invest US$300,000 in a Nigerian oil venture. She seemed to know the oil and entertainment businesses well, and she had financial documents that appeared to back up her claims.

"She is a very, very personable lady," Rhee recalled. "It's hard to resist her friendship." When he started pressuring her to pay him back, he said she put him off with talk of her plans to build a training facility for the Wizards.

The supposed head of the company Cheah started for that project was Lawrence Jones, her boxing coach at a local studio. Not long after they met, she bought him a Porsche and told him he should pursue his dream of owning his own gym.

"It was a nightmare from there," he said. "I felt obligated to be at her beck and call." She would wake him up in the middle of the night and demand he drive her to hotel meetings with visiting oil executives still on African time. No business deals panned out.

"She was telling me that her dad was killed in a plane crash that had been hijacked by terrorists," he recalled. "It was so elaborate. Who would make something up like this?"

He cut off contact after about a year. It came after the March 2015 death of Lee Kuan Yew - the first Singapore prime minister who she claimed was her grandfather. Jones watched the funeral, in which Lee's whole family was present, on television. Cheah was not among them.

Asked by Ellis how Cheah could afford a lawyer, Hicks said she still has good friends. Present in the gallery was James Lange, a former professional boxer and Redskins coach. In a letter to the court, he said Cheah hired him as a personal trainer and proved herself "impeccable with her word." Another supporter is Martin Scruggs, a former CIA officer who met Cheah through his girlfriend.

"I sincerely believe that the use of the ID's was an attempt to protect her while she conducted business to provide for herself, her family, and others," he wrote.

At sentencing, Cheah said little, except that she was sorry to learn Perez's father had cancer and that she would like to reach out with her sympathies.

Outside the courtroom, Perez asked an FBI agent if he could get a restraining order.