KUALA LUMPUR (AFP) - A Malaysian inquiry into the 2015 discovery of suspected human-trafficking camps and graves in the jungle heard on Thursday (April 18) police found one of the sites months before the authorities publicly revealed their existence.

The public inquiry, which began this week, is examining the conduct of law enforcement agencies with regard to the discovery of almost 150 graves and dozens of camps near the Thai border.

Malaysian authorities announced in May 2015 they had uncovered the sites in the north of the country, about a month after neighbouring Thailand said it had found bodies of Rohingya from Myanmar and Bangladeshis at a makeshift camp over the border.

The discovery prompted the Thai authorities to crack down on traditional sea routes for illegal migrants coming to the country, triggering a crisis as people-smugglers dumped hundreds of refugees off the coasts of other countries and fled.

On Thursday, the Malaysian inquiry heard from M. Joeking, a senior police official charged with guarding the border in part of northern Malaysian, who said the authorities found a camp in January 2015.

After hearing from a colleague about the camp in the jungle, he sent officers to raid the site in northern Perlis state where they discovered wooden cages and lookout posts, as well as graves and a stretcher to carry dead bodies.

His testimony confirmed long-held suspicions that the authorities knew about the camps - where Rohingya and Bangladeshis were held in appalling conditions after arriving by sea - for months before going public. 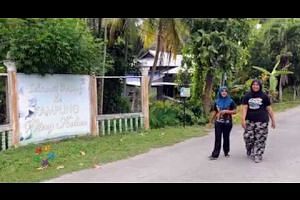 Trafficking threat no deterrent for Rohingya refugees dreaming of Malaysia

Razali Ismail, one of the officials overseeing the inquiry, suggested the raid was a failure as many migrants fled and police rescued only 38 of them.

But Joeking responded: "We managed to save 38 people.... We saved lives and halted the operations of a syndicate."

The establishment of the inquiry was announced in January, several months after a corruption-plagued regime was ejected from power by a reformist alliance.

Muslim Rohingya from Myanmar, who complain of persecution in their mainly Buddhist homeland, and Bangladeshis for years made the perilous sea crossing in large numbers to Thailand, from where they usually headed to Muslim-majority Malaysia.

Arrivals have fallen sharply since the 2015 crackdown.