The epicentre of the underwater quake, which lasted 37 seconds, was located 90km south-west of Malang regency at a depth of 25km but it did not trigger a tsunami, according to Indonesia’s Meteorology, Climatology and Geophysics Agency (BMKG).

Five died in Lumajang regency, while three were killed in Malang, BNPB spokesman Raditya Jati said on Sunday. He added that 36 people were lightly injured.

The quake affected at least 1,189 homes, of which 85 were severely damaged, and 150 public facilities, including schools, hospitals and places of worship, across 15 regencies and cities across East Java, BNPB said.

President Joko Widodo yesterday ordered swift rescue and relief efforts. “I have ordered ... immediate emergency response to search and find victims under the rubble and to treat the wounded,” said the president in his public remarks.

Local disaster management agencies have set up command posts to bring services to the affected residents, such as communal kitchens and shelters, Dr Raditya noted.

Eight aftershocks of magnitude 3.1 to 5.3 were recorded as at Sunday morning by the BMKG.

The agency had on Saturday warned residents living in earthquake-affected regions of flash floods and landslides.

"Following the earthquake, slopes have become unstable. If it rains in those areas, it could potentially break apart," BMKG chief Dwikorita Karnawati was quoted as saying by Kompas.com

The early warning for April 11 was issued as rain with mild to heavy intensity was forecast for parts of East Java, including Malang and Blitar.

Professor Dwikorita noted that a magnitude 4.1 earthquake had rocked East Nusa Tenggara one day before heavy rain hit the province.

At least 174 people were killed and 48 people were still missing in the province as at Saturday. The disaster also claimed two lives in West Nusa Tenggara.

Sitting in the Pacific "Ring of Fire", where tectonic plates collide, Indonesia experiences frequent seismic and volcanic activities, including earthquakes, which are sometimes followed by tsunamis.

A magnitude 6.2 earthquake struck Sulawesi island in January, leading to the loss of more than 100 lives. 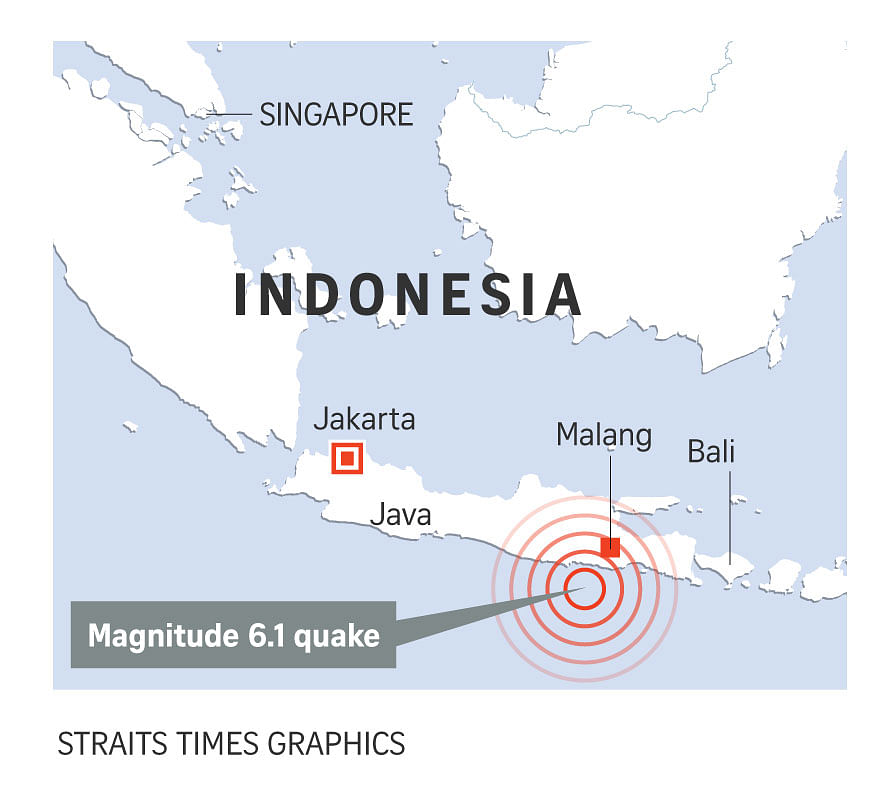 The earthquake scared many people, rushing in the streets. Stay safe Picture from a LastQuake user 60km from epicenter pic.twitter.com/wYY7leHm6Q