PETALING JAYA - The Better Beer Festival, which has been held for five years in a row in the Malaysian capital Kuala Lumpur, has been officially cancelled this year, Malaysian media reported.

Kuala Lumpur City Hall (DBKL) confirmed it has rejected the organiser's application to hold the event, which would have been Malaysia's largest craft beer festival, The Star reported.

In a statement on Monday, DBKL corporate communications director Khalid Zakaria said that it received the organiser's application to host the event on Aug 28 but decided to reject the application. "The application for the activity at the place, time and date was not approved. If the organiser goes ahead with the event, DBKL can take action," he said.

The Better Beer Festival had been scheduled to take place from Oct 6-7 at the Publika Shopping Gallery in Kuala Lumpur, featuring 250 different craft beers from 43 breweries worldwide.

"It is with disappointment that we, the organisers of The Better Beer Festival 2017, would like to announce that the festival, slated to be held on Oct 6 and 7, will not be proceeding as scheduled," said festival organiser MyBeer, a craft beer distributor.

"At our meeting with DBKL officials, we were instructed to cancel our event as there are issues with the licensing. We were further informed that the decision was made due to the political sensitivity surrounding the event," the organiser added. 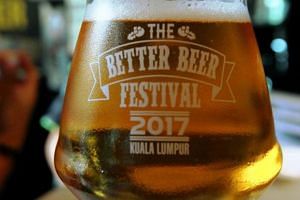 Promoters of pop concerts, other events may ditch Malaysia as hard-line Islam gets a grip

"We regret any inconvenience caused to our patrons, partners and sponsors, and thank you for your unwavering support over the last week," the statement read.

The DBKL announcement came a week after Parti Islam SeMalaysia (PAS) central committee member Dr Riduan Mohd Nor spoke out against the event, calling it a "pesta maksiat" (vice party) and claiming that it would turn Kuala Lumpur into the "largest vice centre in Asia".

The organiser had, however, stated in their promotional material that the event was strictly for non-Muslims as was the norm for most events involving alcohol, the Malaysiakini website reported.

MyBeer had expected about 6,000 people to show up for this year's festival.