PETALING JAYA (THE STAR/ASIA NEWS NETWORK) - It appears that Kim Jong Nam died a "horribly painful" death, killed by a poison that requires just a fraction of a teaspoon.

"It was used in chemical warfare and I attended courses that studied its effects in the Iran-Iraq war in the 1980s.

"In this case, from what I see, it was dermal inhalation, which means it must be acute toxicity," he added.

The VX nerve agent used on Kim Jong Nam, half-brother of North Korean leader Kim Jong Un, was so potent that his assassins would have needed no more than 10 to 15mg for it to be lethal, he said.

Dr Dzulkefly said VX acts on the nervous system, jamming it and causing the victim to die of suffocation within minutes or seconds after contact.

"These neurotoxic agents act on enzymes of the neurochemical system, which then attempt to shut down your system. This is when the victim goes through suffocation and will eventually collapse," he explained. 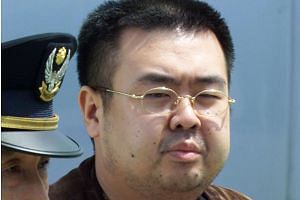 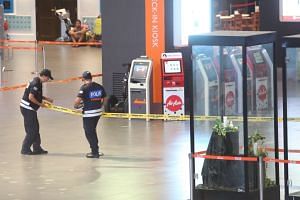 At present, there is no antidote for high dosages of the VX agent.

On the two killers, Dr Dzulkefly said they could not have touched the chemical with their bare hands or even normal gloves as VX could be absorbed through the skin and cause severe poisoning.

"The women must have guarded themselves well and must have contained the liquid well until the point they had to put it on his face."

Asked about one of the two killers who had vomited, Dr Dzulkefly said it was among the effects of VX.

"It happens when they are not properly protected. You can have diarrhoea and vomiting.

"But such levels of exposure would not lead to death as there are antidotes for it," he said.

"But when the dosage is massive (10mg or above), then it is lethal," he said.

The two women attacked Kim Jong Nam while he was getting ready to board his flight to Macau at the Kuala Lumpur International Airport 2 on Feb 13. He died en route to Hospital Putrajaya.

Universiti Malaya toxicologist Prof Dr Mustafa Ali Mohd said the use of the chemical could depend on contact with water or a certain temperature for its impact to kick in.

"One woman could have smeared his face with water and the other sprayed or splash the chemical.

"The combination would cause the chemical to be absorbed effectively into the body," he said.

Dr Mustafa said the woman who did the job could have had dry hands and did not have prolonged exposure when in contact with the chemical.

"This could be the reason why the chemical worked effectively on Jong Nam but had little impact on the women," he said.

Dr Mustafa said the woman could have also washed away the chemical with running water before it penetrated the skin or that the amount was too little to penetrate the skin.

On whether the poison would affect those in contact with Kim Jong Nam such as doctors, nurses and the police, he said the leftover chemical on the victim's hand that touched the information counter top or seats was likely to be negligible for it to have any effect.

However, Dr Mustafa said it was up to the authorities to verify the level of amount that could cause concern.

Dr Mustafa also added that the question still remains as to how the women carried the chemical and in what form.

According to the US Centre for Disease Control and Prevention (CDC), VX is one of the most toxic of known chemical warfare agents.

Exposure to VX can cause death in minutes. As little as one drop of VX on the skin can be fatal.