SHAH ALAM, MALAYSIA (AFP) - The investigation into the assassination of North Korean leader Kim Jong Un's half-brother was "shoddy" and "lopsided", a Malaysian court heard on Wednesday (June 27) as the trial resumed of two women accused of the murder.

Defence lawyers have argued that the women were recruited to take part in what they thought were prank TV shows but were instead tricked into becoming inadvertent assassins, in an elaborate plot by a group of North Korean agents.

The women, in their 20s, have denied murdering Mr Kim Jong Un's estranged half-brother as he waited for a flight to Macau.

They face death by hanging if found guilty.

The trial, which began last year, resumed on Wednesday after a break since early April, with the women escorted into court handcuffed and wearing bulletproof vests.

Aisyah's lawyer Gooi Soon Seng made his final submission, telling the Shah Alam High Court outside Kuala Lumpur that "the investigation was not only shoddy but was lopsided". 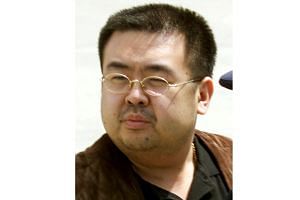 The charge was "vague" and the prosecution "has failed to make out a prima facie case against the accused (Aisyah)", he said.

Mr Gooi argued that prosecutors had not proven his client applied the VX nerve agent on Mr Kim's face and questioned why - if she really were the assassin - she had told friends and family so readily about the supposed TV pranks that she was involved in.

He also said it was unusual that Aisyah did not suffer any symptoms due to contact with VX, which the United Nations classifies as a weapon of mass destruction.

Four North Koreans are accused of involvement in the murder, but fled the country immediately after the killing.

Aisyah and Huong's lawyers allege that they paid the women to carry out what they believed were pranks for a reality TV show.

South Korea accused the North of masterminding the killing of Mr Kim Jong Nam, who had been living in exile after falling out of favour with the ruling family in Pyongyang.

The assassination also sparked a row between North Korea and Malaysia, which had historically been one of Pyongyang's few allies.

However, ties appear to be improving, with the new Malaysian government announcing plans to reopen its embassy in Pyongyang.