A Malaysian government spokesman said on Sunday (Aug 5) Malaysia is making "some arrangement" with Indonesia to take ownership of the yacht.

"Some arrangements are being made with the Indonesian authorities responsible (to take over the yacht)," a spokesman for Malaysian Prime Minister Mahathir Mohamad's office told AFP.

"We will announce more once we have finalised the details," he added, declining to elaborate further.

Meanwhile Low said in a statement through his lawyers that Malaysia had decided to “illegitimately” acquire the superyacht. “It is a violation of an Indonesian law and court decision by a politically motivated Malaysian government,” Low said.

“The USDOJ has argued that it is critical that they have possession to ensure the asset retains its value until a fair court hearing can determine final ownership and the rights of all the parties involved,” the statement added.

A senior maritime official familiar with the talks told AFP that the superyacht was in Indonesian waters off Batam.

A source told The Star that the yacht would arrive at Batam's Batu Ampar port on Monday (Aug 6) before it would be handed over to the Malaysian Government.

"The vessel sailed from Tanjung Benao port late Thursday morning. It anchored near Pulau Kangean in the sea off Bali on Thursday night."

The vessel, said the source, is expected to arrive at Batu Ampar port and wait for the final go-ahead from Jakarta for the handing over.

Although no date was given on when the vessel would be delivered to Malaysia, the source said it would likely be sometime next week. 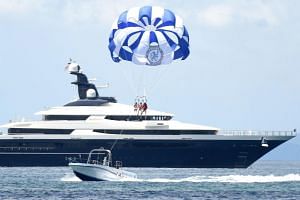 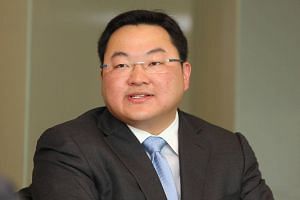 Jho Low jumping from place to place, says Mahathir, expressing hope he will be arrested

"The yacht will be taken to a Johor port where it would be handed over to the Malaysian authorities," the source told The Star newspaper.

"However, this arrangement, is pending the final go-ahead from Jakarta."

Equanimity is the largest single asset and is allegedly owned by financier Jho Low, whom the US Department of Justice (DOJ) and Prime Minister Mahathir Mohamad's government insist was highly instrumental in the money-laundering scam at 1Malaysia Development Berhad (1MDB) that was allegedly sanctioned by the previous administration led by deposed premier Najib Razak.

The vessel was seized on February at the request of US authorities as part of a multi-billion dollar corruption investigation launched by the DOJ related to 1MDB.

A Jakarta court ruling in April declared the yacht was wrongfully impounded and was released to its owners after they got a court motion to declare the seizure was illegal.

However, the vessel was not allowed to leave Tanjung Benoa port.

In July, Indonesian police seized the yacht again following a formal request for legal assistance from the US.

Financial executives and senior government officials in Malaysia told The Straits Times Prime Minister Mahathir made the request for the handing over of Equanimity in talks with Indonesian President Joko Widodo during an official visit to Jakarta late last month.

Low, whose whereabouts are unknown, condemned Malaysia's action to take over the yacht saying it was "politically motivated".

"The action of the Mahathir government in illegitimately taking this asset shows just how quickly the rule of law disappears in Mahathir's regime," according to a statement issued by his legal team.

"Actions like this make it increasingly clear that there is no jurisdiction where the issues in this case can be subject to a fair hearing thanks to a global media circus fuelled by politically motivated parties whose aim is to convict Mr Low in public arena."