PETALING JAYA (THE STAR/ASIA NEWS NETWORK) - Fugitive Malaysian businessman Low Taek Jho, better known as Jho Low, is planning to negotiate a deal with the US Department of Justice (DOJ) over its investigation into the 1Malaysia Development Berhad (1MDB) scandal, says the Sarawak Report.

It added that Low's attempts at seeking a deal would represent an "effective acknowledgement" by him that he was unlikely to be able to persuade US courts to return some US$1.2 billion (S$1.6 billion) in assets that the US authorities have seized.

The report also said that by cutting a deal with the DOJ, he is hoping to "retain some of the value of the assets".

Sarawak Report also said that the willingness of the DOJ to discuss a deal with Low's legal team may indicate that it was focusing on other aspects of the case, such as leading global banking firm Goldman Sachs.

"Settling the civil action would free up prosecutors to pursue the Goldman bond issued on behalf of 1MDB, which netted the bank suspiciously obscene commissions of up to 11 per cent," it said.

The report said that the huge sum of money earned through 1MDB has given US investigators "their most compelling evidence" of what many believe to be "rogue behaviour" by a major bank. 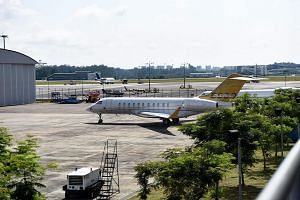 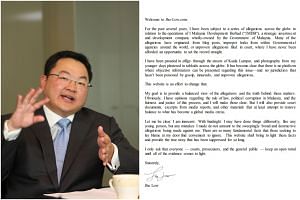 However, Sarawak Report also noted that a settlement with the DOJ would not go down well with the Malaysian authorities.

"Malaysian entities have expressed concern that US authorities may be tempted to negotiate with Low's new, high-powered legal team, in order to close a case that could otherwise carry on for years.

"Notably, the United States recently refused to grant a Malaysian official request for a guarantee it would return all the money back from the assets seized," it said.

The report also quoted a source who said that the United States' refusal does not mean that it would not return the money to Malaysia, only that it was insisting on keeping control over the process, which might include settling the case for less than the entire amount.

Sarawak Report also alleged that Low was paying his legal team with money that was stolen from 1MDB.

The US government had filed forfeiture complaints in 2016 and 2017, seeking to recover over US$1.7 billion in assets traceable to funds allegedly misappropriated from 1MDB, as part of the DOJ's Kleptocracy Asset Recovery Initiative.

This followed complaints alleging that more than US$4.5 billion was diverted from 1MDB and laundered through a web of shell companies and bank accounts located in the US and elsewhere.

Low is currently wanted in Malaysia, Singapore and other countries over investigations into 1MDB.

Malaysia has applied for an Interpol red notice to seek assistance from territories such as the United Arab Emirates, Indonesia, India, Myanmar, China and Hong Kong, and Taiwan via diplomatic channels, to arrest Low.