Tun Dr Mahathir said Low, also known as Jho Low, used to lead a luxurious lifestyle travelling around the world but was now on the run from the authorities.

"Before, he was a man of the world flying around in jet planes and (sailing around in the luxury yacht) Equanimity, living a great life."

"Now he has to hide like a tikus (mouse)," Dr Mahathir told reporters at the Parliament lobby after Budget 2019 was presented on Friday (Nov 2).

Dr Mahathir was responding to reports that the US Department of Justice (DOJ) had charged two Goldman Sachs bankers and the fugitive businessman on Thursday over the 1Malaysia Development Berhad (1MDB) scandal.

Asked if Malaysia would get to nab Low first, Dr Mahathir said it was immaterial as whichever authorities that arrest him would allow equal access to each other.

He said: "We would like to get Jho Low and put him on trial, but now, of course, (he) is nowhere to be seen. We don't know where he is. 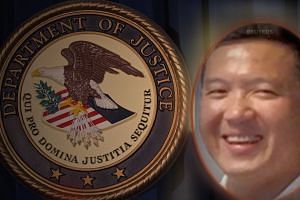 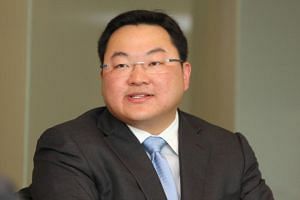 Jho Low maintains innocence despite US charges over 1MDB

"We also would like to have him because we have several charges against him but the US also wants him.

"We would like to find him first but it doesn't matter who is first because we will get (provide) access to each other."

Earlier, Dr Mahathir said he had not read reports of Low's indictment by the DOJ but only "heard of it" during the tabling of Budget 2019 by Finance Minister Lim Guan Eng.

He turned to Mr Lim and quipped: "Are you lying? Where did you get this news?"

To this, Mr Lim smiled and merely said "DOJ", which made Dr Mahathir turn to the media and say "this means he is not lying", drawing laughter from media personnel.

The US Justice Department had arrested former Goldman Sachs banker Ng Chong Hwa in Malaysia on Thursday, while former Goldman banker Tim Leissner pleaded guilty to charges and agreed to pay US$43.7 million (S$60 million) in restitution on ill-gotten gains.

The men were charged with conspiring to launder billions from 1MDB.