"We are not here to solve complex medical problems. We are here to (enable) the strategic management and the delivery of the health system," he said.

Dr Dzulkefly, 62, said previous health ministers were not medical doctors either but were still able to lead the ministry well.

Dr Dzulkefly cut his teeth as a medical scientist.

Dr Dzulkefly thanked Prime Minister Tun Dr Mahathir Mohamad for the appointment, which he did not expect at all.

Asked why he thought the Prime Minister picked him, Dr Dzulkefly said: "I appreciate him putting his trust in me.

"Given my academic background, my political involvement and my role as strategic director for Parti Amanah Negara, I think he considered all those factors. 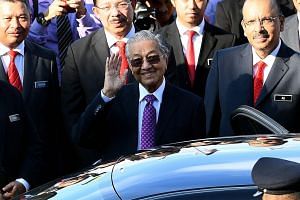 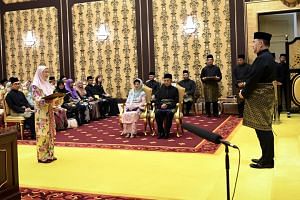 "If he wanted a medical doctor, he would've chosen someone else. But he chose a medical scientist.

"I think he knows the ministry is not alien to me. He knows I am someone who understands the ministry's task."

When asked about the reforms he would carry out, Dr Dzulkefly said he would reveal these soon.

He said the number of admissions to medical schools should be reduced with only students who had good results allowed to take up medicine.

The delay in postings and employment of housemen and the fate of the doctors on contract after four years also needed to be addressed, he added.

"More funds should also be allocated in human capital development at all levels from doctors, medical assistants and nurses who have been providing excellent service.

"The promotion process should be reviewed with transparency, without any favouritism and based on performance, seniority, and merit," he added.