Santoso and his men from the East Indonesia Mujahideen (MIT) had pledged allegiance to Islamic State in Iraq and Syria (ISIS) and were behind numerous attacks on police in recent years.

His death, confirmed by Indonesian authorities after fast-tracked forensic tests were conducted, represents a major scalp for the country’s counter-terrorism forces, which have been on an extended manhunt for the high-value target.

It is now established that the MIT leader and four other members of the group, including his wife and another woman, were engaged in a gun-fight with troops involved in Operation Tinombala - the kill-or-capture mission against Santoso - on Monday at about 5.30pm local time in Poso, Central Sulawesi.

Santoso, also known as Abu Wardah, and another MIT combatant, were killed in the fire-fight.

Initially, the police had thought the second man was Basri, a member of the MIT who has a long history of militancy. 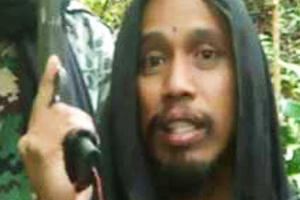 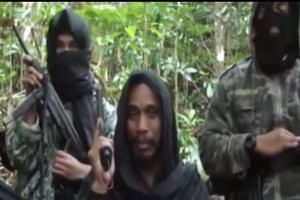 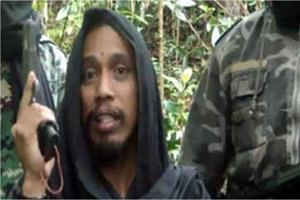 Indonesia's most wanted terrorist Santoso may have been killed: Police

Mr Luhut, however, has since clarified that it is not Basri but another MIT member named Mukhtar alias Kahar.

The minister also said that even though Santoso has been killed, Indonesia security forces will continue their pursuit of the remaining members of his group in Poso.

"We will continue to pursue them, there are up to 19 others," he said, adding that troops on the ground will be reinforced to suppress the rest of their militants still at large.

Some 3,500 troops from the Indonesian military and the police have been deployed to comb the jungles and mountainous areas of Poso in search of the MIT and Santoso.

In March, the United States imposed a special terrorist designation on Santoso, blocking any US assets he might have, banning dealings with him by Americans and opening the way for American law-enforcement action against him.

Santoso is believed to be behind several terror attacks since 2012, including skirmishes with security forces during which police officers and people in Central Sulawesi were killed.

The Institute for Policy Analysis of Conflict had, in an April 2015 report, tagged Santoso as an ambitious, if somewhat inexperienced, terrorist.

That, however, has not stopped him from building a following, with foreign fighters, such as a group of seven Uighurs from Xinjiang in China, attempting to link up with him two years ago.

Santoso used to run an Islamic bookstore before he became known as a militant.

In 2012, Santoso declared himself “Abu Mus’ab Al-Zarqawi Al Indunesi”, or commander of the “East Indonesia Mujahidin Commandos”, and declared all-out war on the Detachment 88 counter-terrorism unit, said Dr Kumar Ramakrishna, head of policy studies at the S. Rajaratnam School of International Studies, in a report then.

Before he was killed on  Monday, there was increasing concern in Indonesia that Santoso and the MIT may grow into a force comparable with Islamist militant groups in the southern Philippines or separatists in southern Thailand.

He is said to have received funds from ISIS and was behind several threats issued last year, including a nine-minute video on social media sites that called for strikes on the Jakarta police headquarters and the presidential palace in December.