Tik Tok, the most downloaded app globally on Apple Inc's app store in January-March, is popular among young people for its homemade music videos.

But access was blocked on July 3 by authorities in Indonesia, home to the world's biggest Muslim population, for featuring content deemed pornographic and blasphemous.

Ministry of Communications spokesperson Noor Iza told Reuters the app was unblocked by the government on Tuesday.

According to communications ministry letter seen by Reuters, the ban was overturned after Tik Tok agreed to clear "all negative content" from the app and open an office in Indonesia to liaise with the government over content.

The letter said that Tik Tok had agreed to increase the security mechanisms of the app and put additional restrictions on users aged 14-18 years.

Local media reported on July 5 that Tik Tok had promised to set up a team of 20 censors in Indonesia charged with monitoring and sanitising content. 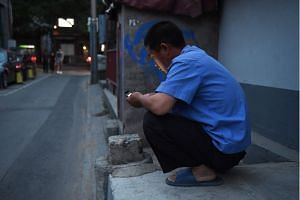 Tik Tok is operated by venture-capitalist backed Toutiao, one of China's fastest-growing technology startups valued at over US$30 billion (S$40.7 billion), people familiar with the matter told Reuters.

Reuters could not reach Toutiao or Tik Tok for comments on Wednesday.