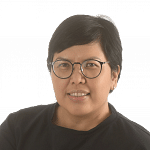 SINGAPORE - Indonesia, which is assuming the presidency of the G-20 on Dec 1, has outlined three priorities for the grouping which includes most of the world's largest economies.

The priorities are global health, energy transition and digital transformation.

Disclosing this at a briefing for foreign media late Friday (Nov 26), Indonesia's Foreign Minister Retno Marsudi said that the first sherpa meeting on Dec 7-8 will set the agenda of the presidency, explain the planned meetings, and start working on deliverables. Sherpa is a term used to refer to the personal representative of a head of state or head of government who prepares an international summit.

"Indonesia is honoured to hold the presidency of the G-20 for 2022," she said. "We will work as hard as we can to assume this responsibility and bring benefit not only for the G-20 but also to developing and least developed countries," said Ms Retno.

Nearly 21,000 foreign delegates are expected to attend 150 meetings in 19 cities across Indonesia during its year-long presidency of the G20. These will be capped with the summit of leaders in Bali in October.

It would contribute significantly to the country's post-pandemic recovery, boost local tourism, promote products by its micro, small and medium enterprises as well as showcase the country's initiatives towards sustainable development such as transition to renewable energy and electric vehicles, said Mr Luhut.

He also said that Indonesia would leverage the growing global interest in Indonesia by creating investment opportunities which aligned with national development objectives.

"We must leverage the momentum to unlock Indonesia's potential and promote our development progress to the world," he said.