JAKARTA (THE JAKARTA POST/ASIA NEWS NETWORK) - The government, particularly the Health Ministry, has intensified efforts to prevent the spread of monkeypox after Singapore reported its first case of the rare virus recently.

"The Health Ministry has been anticipating the potential spread (of the monkeypox virus) since last week by strengthening its prevention and detection systems at various entry gates to Indonesia," said the ministry's disease control and prevention director general, Mr Anung Sugihantono, on Monday (May 13).

He added that tight inspection of visitors from Nigeria and Singapore had been carried out to further prevent the virus spreading.

Singapore reported over the weekend that it had identified a case of monkeypox that might have been brought in by a Nigerian man, who had allegedly contracted the virus by eating bushmeat at a wedding.

In response to the report, Batam, as the Indonesian region closest to Singapore, has initiated measures to prevent the potential spread of the rare virus.

They have also set up thermal detectors in five international ports directly connecting the island and Singapore. 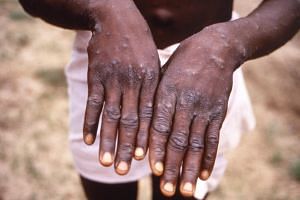 The Batam authorities are monitoring visitors coming into the city via the airport, even though there are no direct flights connecting Batam and Singapore.

"We will continue monitoring the situation and maintaining preventive measures until Singapore declares that it is free from the virus," Mr Didi told The Jakarta Post separately.

So far, no person has been declared monkeypox-positive since the implementation of the tighter inspection regime at Batam's entry gates.

About 1.7 million of the visitors came from overseas - a majority of whom were Singaporean.

Mr Didi gave an assurance that, as a border region, Batam had proven itself successful in preventing the spread of contagious diseases including the Sars virus outbreak that hit Singapore hard in 2003. The disease reportedly killed 33 people in the country, inflicted major losses on the economy and hit some international visitors.

Monkeypox is endemic to parts of Central and Western Africa. Symptoms in humans include lesions, fever, muscle aches and chills.

It can be transmitted via close contact with infected animals such as rodents and monkeys, and between people. It is not normally fatal, with fewer than 10 per cent of deaths recorded in documented outbreaks, mostly among young children.

Outside Africa, human monkeypox infections have only been previously reported in the United States, Britain and Israel - according to the US Centres For Disease Control and Prevention.

The disease - which is called monkeypox because it was first discovered in laboratory monkeys in 1958 - was first identified in humans in the 1970s in the Democratic Republic of Congo. 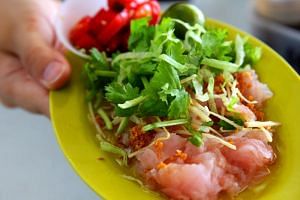 First case of monkeypox in Singapore: 6 things to know about the virus

The man who brought in the virus arrived in Singapore on April 28, Singapore's Health Ministry said in a statement late last Thursday (May 9), AFP reported.

The 38-year-old developed symptoms two days later and is currently isolated at an infectious disease centre in a stable condition, the ministry said.

At least 23 individuals who were in close contact with the man have been traced, and those who are in Singapore will be quarantined and monitored for 21 days as a precaution, the ministry said.

One left Singapore on May 5, before the Nigerian was diagnosed, but has since made contact with the city's health authorities and has reported that he is well.