JAKARTA - All eyes were on cleric Ma'ruf Amin on Sunday night (March 17), after his lacklustre showing at the first presidential debate in January.

Expectations were that the 76-year-old running mate of incumbent Joko Widodo would be overshadowed by former businessman Sandiaga Uno, the uber popular vice-presidential pick of presidential hopeful Prabowo Subianto.

But at Sunday's showdown - the first and only contest between the vice-presidential picks alone - Dr Ma'ruf proved to be a man on a mission to redeem himself.

Compared with the inaugural debate on Jan 17, which at times saw jibes and tense back-and-forths between Mr Joko and Mr Prabowo, the third of five debates in the run-up to the April 17 polls was a cordial contest between the two vice-presidential picks. And this time around, Dr Ma'ruf did not fade into the background as he did in the first debate, when he chose to let Mr Joko do the heavy lifting.

He had a slow start, but steadily gained momentum, keeping up with Mr Sandiaga, 49, as the two men took turns to lay out their camps' visions and plans in areas ranging from health and education to social affairs and employment.

A hot topic was the deficit of the Healthcare and Social Security Agency that runs the national health insurance scheme introduced by Mr Joko shortly after he became president.

In 2018, the agency recorded a 16.5 trillion rupiah (S$1.56 billion) budget deficit that was blamed on low premiums. Dr Ma'ruf promised the scheme - which covers 215 million people, the most covered by such a scheme in the world - would continue, though he fell short on detailing possible solutions.

Mr Sandiaga promised that he and Mr Prabowo would, if elected, find a solution in their first 200 days. 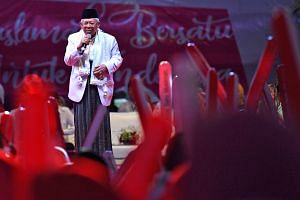 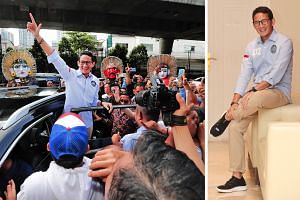 "We should not point fingers, but we have to fix the problem," he said. "We will bring in the best actuaries from Hong Kong, the best of our nation."

As expected, Mr Sandiaga, a vocal champion for entrepreneurship, spoke passionately about research and innovation, start-ups, and the burgeoning creative economy.

And on these newfangled issues, Dr Ma'ruf - who throughout the debate trotted out Arabic phrases to applause from his supporters - held his own, outlining his ticket's plans to consolidate research funds.

"We will maximise a national research plan, to make our research more effective," he said. "We will provide funds for research, art and education. With that, we believe research can contribute to advancing this nation."

And Dr Ma'ruf came alive when responding to a question on developing and promoting Indonesian culture, speaking animatedly about hopes to raise the country's profile in the global cultural scene.

"We will hold big international festivals... We will build an Opera (House) like the one in Sydney to showcase our culture," he said.

Stunting - a perennial problem in Indonesia - also got an airing, as Mr Sandiaga, citing his own wife's struggle to feed their youngest child, who she had at the age of 42, spoke about his camp's plan to get people to donate items such as milk.

In the face of anxieties among local workers over job competition, Mr Sandiaga - who said only foreign workers who can speak Indonesian should be employed - asked about the foreign workforce. Dr Ma'ruf maintained that it was under control, claiming that foreigners made up just 0.01 per cent of the workforce. "Foreign workers are only allowed to take jobs that locals can't do," he said. "That will also allow for the transfer of technology."

Both teams have plans to beef up job opportunities, and on Sunday stressed the need for "link and match programmes" between companies and schools, and training for jobseekers. 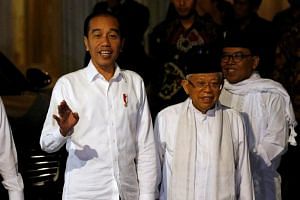 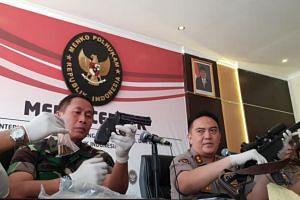 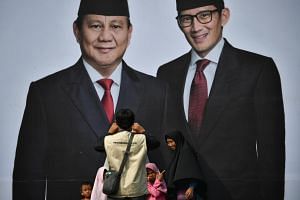 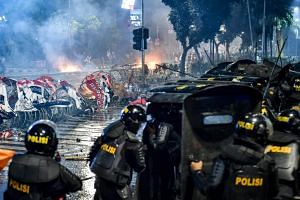 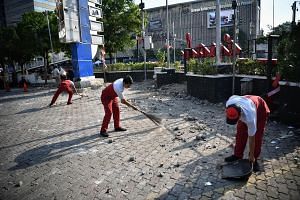 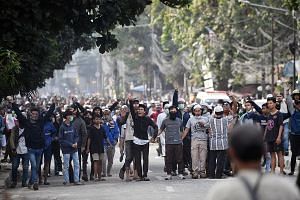 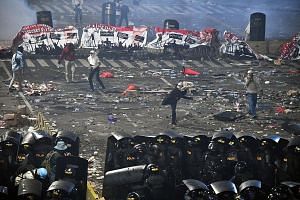 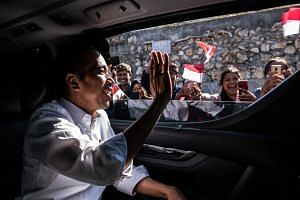 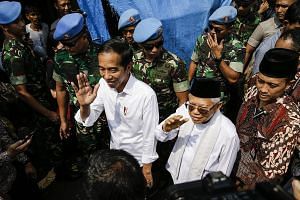 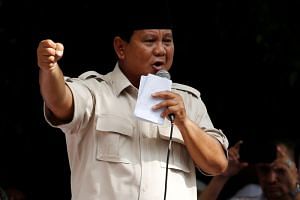 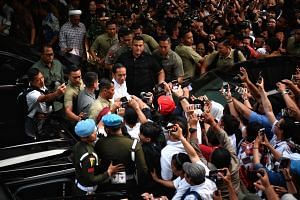 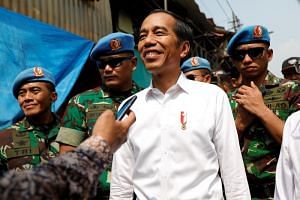 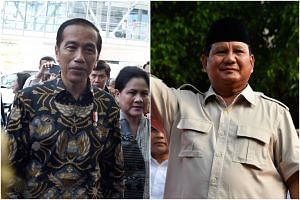