KUALA LUMPUR -  The three countries involved in the hunt for Malaysia Airlines flight MH370 said on Friday (July 22) that they will suspend the deep-sea operation after the current search completes later this year, but will resume it if new evidence is found.

Malaysian Transport Minister Liow Tiong Lai said they're confident the search is focused in the right area of the southern Indian Ocean as it was mapped out by international experts based on drift modelling.

"In the absence of new credible evidence, Australia, China, Malaysia have collectively decided to suspend the search upon the completion of the 120,000-sq km search area,'' he told reporters.

"This does not mean we have given up on locating MH370... If there's any new credible evidence, we will continue to work together to analyse those evidence,'' said Mr Liow, who also denied that the decision was made based on cost consideration. 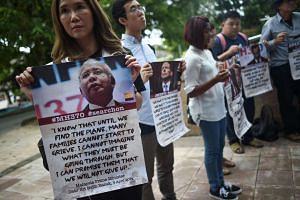 Priority is to fully compensate MH17, MH370 next of kin, says Malaysia Airlines

He said the search, which has been delayed due to bad weather,  is expected to end by October or December. The team has combed about 110,000 sq km of the search area . 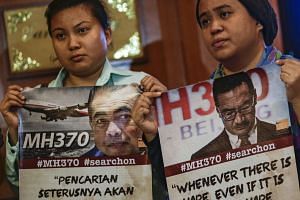 Chinese Transport Minister Yang Chuantang said: "The three parties have honoured our commitment to not stop, slacken or abandon our search work."

"We have spared no effort and spent large amounts of resources trying to find the aircraft and an answer,'' he added.

Australian Transport Minister Darren Chester said the search team will continue to analyse the data and debris found, but if there is no new evidence, they cannot continue with the search.

Flight MH370, which disappeared from the radar on March 8, 2014, is expected to have crashed into the southern Indian Ocean. 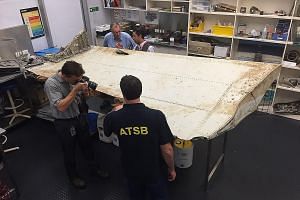 Search for MH370: Missing jet 'may have glided down than dived'

The search is the largest and most expensive so far in aviation history. It costs a total of US$137 million (S$186 million), with the amount split up between the three countries involved.

But there is still no sight of the plane body after searching for more than two years and the search team said on Thursday that they could have been looking in the wrong place. They said the plane could have glided down instead of dived into the ocean.

The aircraft, with 239 passengers and crew on board, was on its way from Kuala Lumpur to Beijing when it lost contact with air traffic controllers.

Using satellite data, authorities concluded that the plane changed its course and landed in the ocean off the coast of Perth when it ultimately ran out of fuel.

Investigators have not been able to determine the cause of  the plane’s disappearance due to the lack of information and the inability to find the plane’s main body and black boxes.

Relatives of those onboard MH370 pleaded on Thursday for Malaysian and Chinese authorities to keep looking until the plane is found. Majority of the passengers were Chinese nationals.

Relatives said they were led to believe that once the last phase is completed, the search would be called off due to financial constraints.

Earlier this year, small parts of a plane began surfacing on the shores of eastern African nations, with experts concluding that they belong to the missing aircraft.

However the next-of-kin said the parts are insufficient to provide closure for families as those on board and the main body of the aircraft have yet to be found.