JAKARTA (THE JAKARTA POST/ASIA NEWS NETWORK) - These days, it is almost unthinkable to leave home without Google Maps.

Jakarta's traffic-weary motorists rely on the application to find the best routes possible while drivers of ride-hailing services use it for the quickest way to get from point A to B.

In March 2018, Google Maps launched a new feature designed to help motorcyclists find the least-clogged shortcuts, which most of the time, cut through some of the most crowded neighbourhoods and slums of Jakarta.

The new feature, called #RuteKhususMotor (Special Motorbike Route) may have been a godsend for motorbike drivers, but it has added to the headache of those who actually live in the neighbourhoods that have seen a spike in traffic.

In one of these neighbourhoods, locals got fed up by the worsening traffic and decided to take action.

In Kota Bambu Selatan, West Jakarta, motorcycles have invaded the narrow Jl Ori - which has a width of an adult's outstretched arms - to avoid traffic congestion and take a shortcut to Slipi, Kemanggisan and Tomang.

Nanik Setyawati, 47, who has been living in the neighbourhood for 21 years, said the alleyway was a favourite alternative route for motorcyclists, especially on Saturday nights. 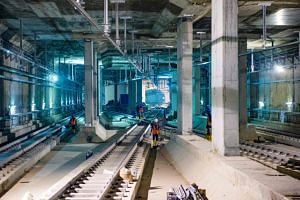 Conditions have deteriorated so drastically in recent months that locals are now worried. "Motorbikes come from every direction, just to get to the main roads. This is the most crowded alley (in the area). Now, housewives of the neighbourhood would stand guard and remind motorcyclists to slow down because we have many children playing around here," Nanik said.

Motorcyclist Putrika Santika, who relocated to Jakarta from Surabaya, East Java, in September last year, said Google Maps mostly recommended narrow alleyways for her to get to her office in Mega Kuningan from her boarding house in Radio Dalam, South Jakarta.

When using a ride-hailing app, Putrika found that drivers always picked shortcuts recommended by Google Maps, which involved travelling though narrow alleyways and back roads.

She also found that motorcyclists in Jakarta tended to ignore the safety of those living in these neighbourhoods. "There is a stark difference between Jakarta and Surabaya. In Surabaya, there are many kampungs that put up signs ordering motorcyclists to get off their bikes and walk in the alley. I always did that in Surabaya, but I have never seen such a thing in Jakarta," Putrika said.

App-based driver Tato Suprapto, 33, said it was usual for drivers such as himself to go through alleyways, even though they were fully aware of the dangers involved."I usually take kampung roads in Tanah Abang (Central Jakarta), where traffic is severe. Of course it's dangerous, especially with children who have nowhere to play but in these alleys. Motorcyclists have to be aware of this when taking alternative routes," he said.

Indonesia's country director for the Institute for Transportation and Development Policy, Yoga Adiwinarto, said residents of such cramped neighbourhoods, who play no role in causing traffic congestion, had been turned into victims.

To ease congestion in crowded neighbourhoods, Yoga urged Google Indonesia to stop recommending small alleyways through Google Maps. "The function of these kampung roads is different from that of main roads. The former are meant to accommodate pedestrians and provide residents with public space," he said.

Google Indonesia communications manager Feliciana Wienathan said all the traffic data provided by Google Maps was accumulated through third-party providers, public sources and even the users themselves.

She said the users themselves could fix any problems they come across on the application. "We realise that there might be inaccuracies in the data provided by these sources, so we ask our users to help us continuously update the data with the provided 'Report a Problem' link on the bottom-right corner of the map," Feliciana told The Jakarta Post.

She said the feature would allow users to suggest an edit and add missing places on the map.