“Work has not started because of interference and sabotage.

“First, we needed to comply with government procedures and obtain the environmental impact assessment (EIA) approval at the end of last year.

“And before they could start work, they got arrested. No one expects that after building roads they will end up in prison.

Lim claimed the coming general election “has something to do” with the recent arrests of senior company directors involved in the tunnel project.

He said the Malaysian Anti-Corruption Commission (MACC) had initiated investigations into the project in 2016 and found nothing, but questioned why arrests were made when the general election is approaching.

“You ask us why work has not started. You interfere, you sabotage, how do you expect work to go on?” Lim said in response to many critics of the project. 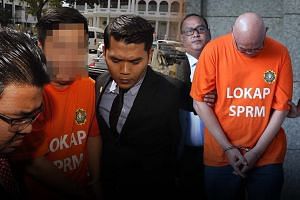 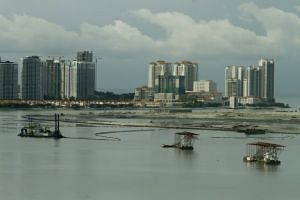 On Jan 10, two senior directors of tunnel contractor Consortium Zenith Construction and developer Ewein Bhd respectively were remanded for 11 days to assist in MACC investigations. On Thursday, the chairman of an engineering consultancy connected with the project was remanded for five days.

“In all answers during the state assembly over the years, the reply from the state exco has been always Consortium Zenith BUCG Sdn Bhd with CRCC were appointed to undertake the feasibility studies and detailed design work.