SUBANG (THE STAR/ASIA NEWS NETWORK) - The Pakatan Harapan government is committed to implementing the Freedom of Information Act, in line with its election manifesto.

Permatang Pauh MP Nurul Izzah Anwar pledged that the law would be formulated in stages and the various parliamentary select committees be put in place before it was finally enacted.

"My concern is that we have to also make sure that the select committees are implemented in Parliament.

"This is because Parliament has to be a strong arm to check the excesses of the executive," she said at a forum titled "Asia's Struggle on Fake News".

There are plans for bipartisan special select committees to be set up to vet and approve Bills before they are tabled in Parliament.

Minister in the Prime Minister's Department Liew Vui Keong had said the formulation of the Freedom of Information Act required an in-depth study to ensure it would not contravene any existing laws.

The minister, who is in charge of the law portfolio, said it was also in line with the Pakatan government's commitment to review the Whistleblower Protection Act 2010, the Official Secrets Act 1972 and the Witness Protection Act 2009. 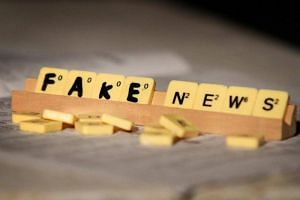 "So far, Penang and Selangor have enforced the enactment of freedom of information in 2010 and 2011," he said.

Nurul, who is PKR vice-president, explained that the government had to abolish the law because not only did it go against the principle of media freedom but was also "a badly drafted law".

She said Pakatan, which was the opposition back then, was concerned over the definition of "fake news".

"The definition of fake news is a person who publishes partly or wholly something that's deemed fake news.

"It was to be decided by the judge, and that could be problematic. Who gets to define or control the definition of fake news?" she said.

"A legislation cannot be purely enacted to protect those in power at the federal or state level," Nurul added.