KUALA LUMPUR (THE STAR/ASIA NEWS NETWORK) - Police here have released eight of 13 people arrested in a crackdown on Friday (Nov 18) prior to the Bersih and Red Shirts rallies held on Saturday.

They were arrested on Friday under S147 and S511 of the Penal Code in order to prevent a riot from occurring.

Speaking to reporters outside the Dang Wangi police headquarters, lawyer Ramkarpal Singh said they are the first batch of arrestees to be released and added that  they were waiting for the release of the others. 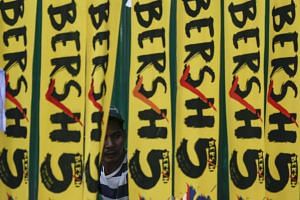 Eight detained in pre-Bersih sweep to be released Sunday

"We will be filing for a habeas corpus application by Monday or early Tuesday. We will do our utmost to get her out as soon as possible," she said, adding that the law was an anti-terror legislation and was only supposed to be used on terrorists.

Police arrested a total of 23 people on Friday and Saturday for allegedly committing various offences.